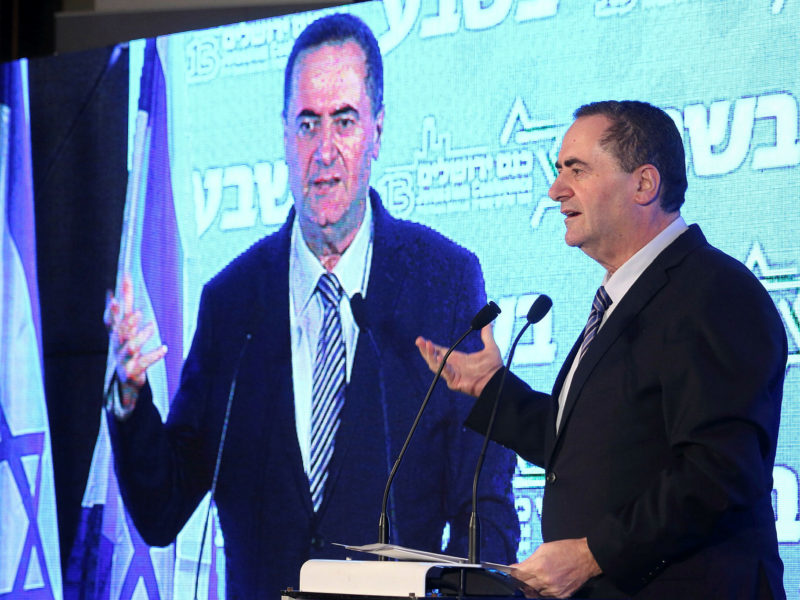 Feruta was in Iran on Sunday and met with Vice-President and President of the Atomic Energy Organisation of Iran Ali Akbar Salehi, Foreign Minister Mohammad Javad Zarif and other Iranian senior officials.

The Atomic Energy Organization of Iran (AEOI) said on Saturday that it will start feeding gas into its centrifuges and commence with nuclear research and development.

Responding to the revelations, Israeli Foreign Minister Yisrael Katz on Monday appealed to the governments of France, the United Kingdom, Germany, and the rest of the countries partner to the nuclear agreement to “immediately announce the implantation of the mechanism for discussing the breach of the agreement, and to cancel the agreement and join the US sanctions against Iran.”

“History shows time and time again that submission to tyrants results in violence rather than peace,” he cautioned. “The world must unite and curb Iran’s race to nuclear power and in its support of regional and global terrorism.”

Commenting on the Iranian threat earlier in the day while addressing the International Institute for Counter-Terrorism, Katz said that Israel’s policy “is clear: only unrelenting pressure on Iran and its metastasis can prevent war and destruction later. We must not let go of the sanctions on Iran and repeat past mistakes. ”

Simultaneously, Israel should deepen its cooperation with moderate Arab countries in the Middle East, he underscored.

He said he was under the impression that there “is a historic opportunity to develop relations with them. This is because of the shared view of the threats and the recognition of Israel’s assets, in intelligence and security and civilian areas alike,” he explained.

For just $100 per month you can bring the gospel to 10,000 homes. Join us as media missionaries! GIVE NOW
VIEW COMMENTS
« Netanyahu to Iran: ‘Israel Knows What You’re Doing, When You’re Doing It and Where You’re Doing It’ IDF Soldiers Awarded Medals for Courageous Action in Failed Commando Op in Gaza »