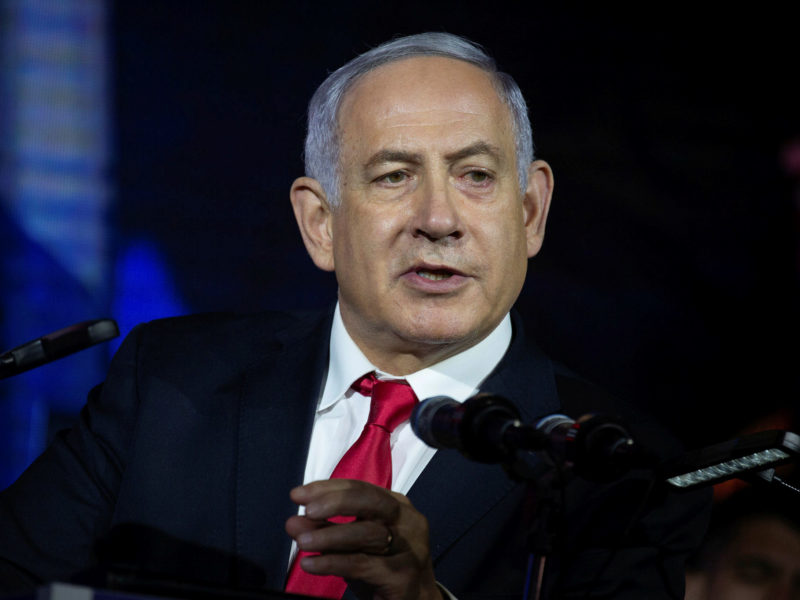 Israel is operating in several arenas, against several adversaries and in “360 degrees” to defend the country, Prime Minister Benjamin Netanyahu stated before leaving for Sochi, Russia, to meet with Russian President Vladimir Putin.

Netanyahu left for the quick visit in Russia on Thursday accompanied by General Aharon Haliwa, the Head of the IDF’s Operations Division.

The two leaders are expected to discuss Iran’s regional threat, and specifically, its attempts to entrench itself in Syria, attempts the IDF has repeatedly acted to thwart.

“At this time, we are operating in several arenas, at 360 degrees, to ensure Israel’s security, in the face of attempts by Iran and its metastases to attack us, and we are working against them,” Netanyahu said before boarding the plane.

Israel has recently struck in the Gaza Strip against Hamas targets, in Syria against Iranian and Shi’ite militia targets, and has reportedly carried out operations against Hezbollah in Lebanon and against Iranian-backed groups in Iraq.

Netanyahu noted that the Syrian front “is a major arena” and that it is important for Israel to continue to maintain the IDF and the Air Force’s “freedom of action against Iranian targets, Hezbollah targets and other terrorist targets” in the country.

Russia has a presence in Syria and has significant sway on the development in the country. The IDF and the Russian army maintain a line of communications through which they coordinate their actions to prevent a clash between the two militaries.

The purpose of his trip was to continue “this important coordination,” and to “continue to promote the common goal that we agree on, and has not yet been achieved and is far from being achieved, and that is Iran’s removal from Syria. That is the purpose for which I am travelling,” Netanyahu concluded.

He last spoke by telephone with Putin on August 23.

“The leaders discussed regional developments and the situation in Syria, with emphasis on tightening the military coordination mechanisms,” Netanyahu’s stated.

A day after, the IAF carried out an extensive attack on Iranian and Shi’ite militia targets in Syria.

For just $10 per month you can bring the gospel to 1,000 homes. Join us as media missionaries! GIVE NOW
VIEW COMMENTS
« Tim Tebow’s Encouragement To YOU! Facebook Suspends Rogue Likud Campaign Bot for ‘Hate Speech’ »