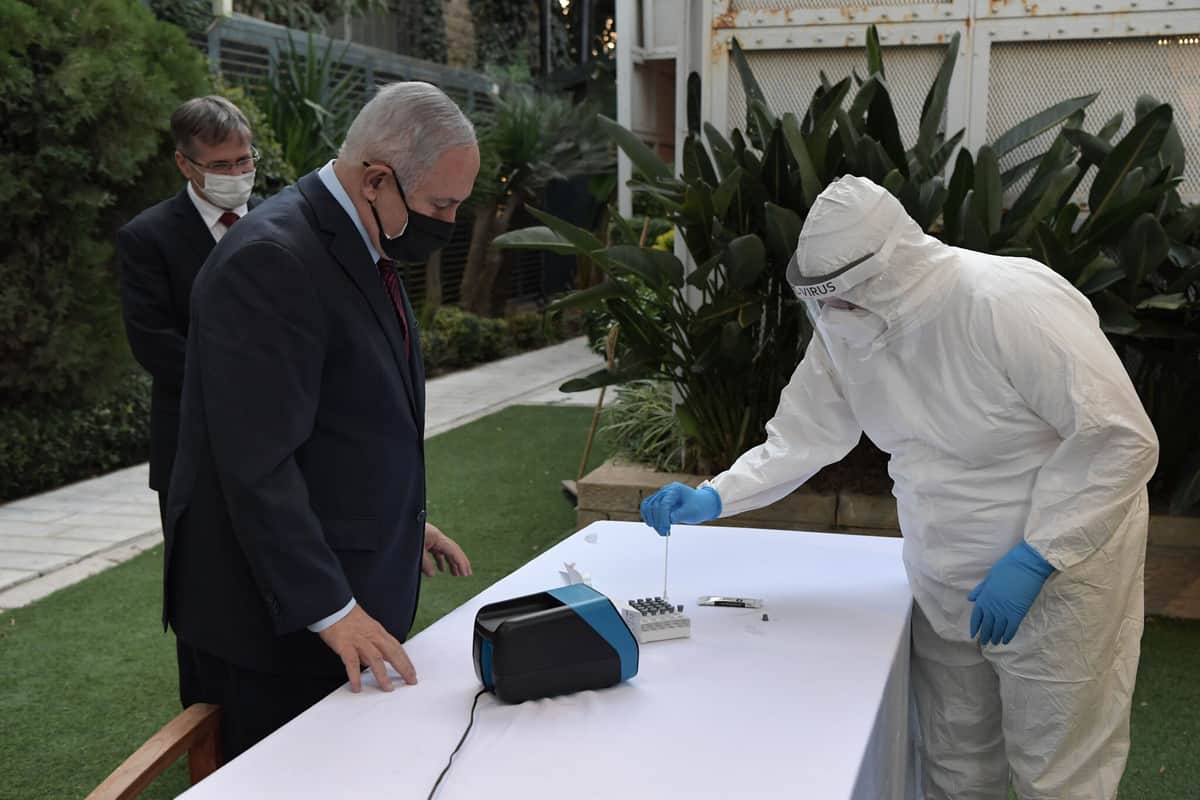 In any case, the rate of positive tests is still high and the government has set itself a 7% goal.

Of the 61,606 active patients in Israel, some 850 of the patients are hospitalized in serious condition, of them 223 are on life support.

A total of 1,803 Israelis have died since the outbreak in February, over 640 of them in the last month.

More than 3% of Israelis have been infected with Corona since February, one in 33 Israelis, according to Health Minisrty data published on Tuesday.

Prime Minister Benjamin Netanyahu on Tuesday underwent for the first time a rapid Coronavirus Sofia test and tested negative for the coronavirus.

The Sofia testing system, which supplies results within 15 minutes, as opposed to a day, was acquired for extensive use in Israel following a series of Health Ministry checks

“We have preliminary signs of cautious optimism that we are blocking the pandemic; however, it is too early to say this. All of the experts, without exception, have said – wait at least another week. This is what we are doing,” Netanyahu stated during a tour of the Neveh Horim retirement home in Jerusalem.

Speaking of Israel’s exit from the second countrywide lockdown it is currently under, Netanyahu said that “we will make a gradual and responsible exit and we will not capitulate to any populist pressures on this matter.”

Deputy Health Minister Yoav Kisch, who joined Netanyahu on the tour, announced that Israel “is on the way to lightning-quick, personal and inexpensive tests. The Sofia test is the first step.”

In the latest discussions on the issue, Minister Netanyahu has directed that the process for deploying the rapid testing kits and implementing them in high-risk places such as retirement homes, hospitals and clinics be accelerated and that the scope of procurement be increased.

In recent weeks, the Health Ministry has begun to distribute 300 ‘Sofia’ rapid testing devices, which have been approved by both the Health Ministry and the US Food and Drug Administration. Together, the devices will be able to carry out up to 60,000 tests a day.