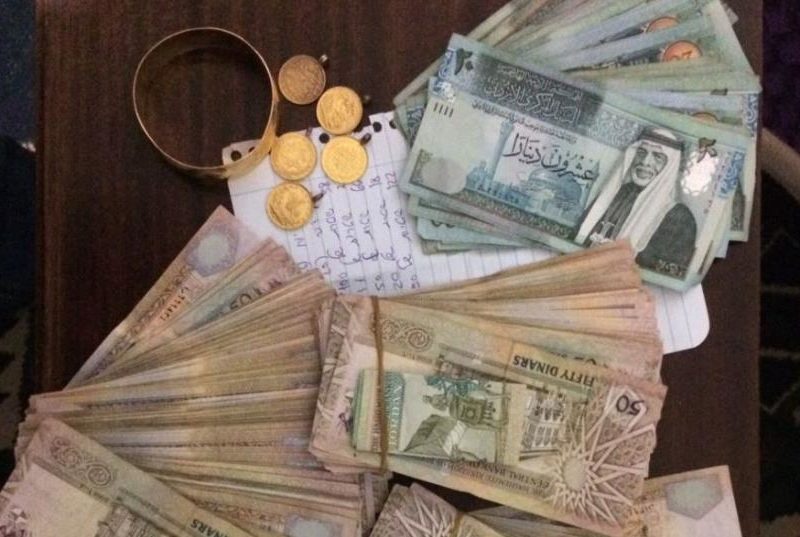 The four orders are part of the economic campaign Israel is waging against terrorist operatives, which is headed by the National Bureau for Counter Terror Financing together with the Shin Bet security agency, the Israel Police, the Ministry of Foreign Affairs and other parties.

The funds seized were paid by Hamas and the PA to terrorists serving prison sentences in Israeli prisons, as well as to the families of terrorists who were killed.

“These payments are part of the systematic and organized activities of terrorist organizations to intensify terrorist activities and acts and to reward prisoners and their families,” the Ministry of Defense underscored.

Since its creation in 1994, the PA has paid monthly salaries to terrorist prisoners and released prisoners.

The PA also pays monthly allowances to the families of dead terrorists, the so-called Shahids, Muslim Martyrs. These payments are a reward for participating in acts of terror against Israelis. The payments have been criticized as a financial incentive to commit terrorist attacks against Israelis.

According to the PA’s pay scale, the salary of an imprisoned terrorist begins at NIS 1,400 ($401) every month from his first day in prison, and gradually rises to NIS 12,000 ($3,435), in accordance with the amount of time he has been in prison.

Therefore, the more severe the attack was, the higher the stipend the terrorist is set to receive.

The seized funds, in the cumulative amount of hundreds of thousands of shekels, include NIS 187,000 intended for Anas Rabahi Said Shlodi, the mother of Hamas terrorist Abd al-Rahman Idris Muhammad Yahya Shlodi, who murdered 3-month-old Chaya Zisel Braun and Karen Yemima Mosquera and wounded seven others in a car-ramming attack in Jerusalem in October 2014. The terrorist was shot and wounded as he tried to flee the scene.

Shlodi was issued an administrative seizure order for the forfeiture of NIS 187,000, which is in her possession and transferred to her from Hamas.

For just $100 per month you can bring the gospel to 10,000 homes. Join us as media missionaries! GIVE NOW
VIEW COMMENTS
« 5-year-old Boy Commended For His Bravery By Saving Mom In Coma Through Toy Ambulance The Bible Gets Translated Into Its 700th Language, Major Milestone In Advancing The Gospel »