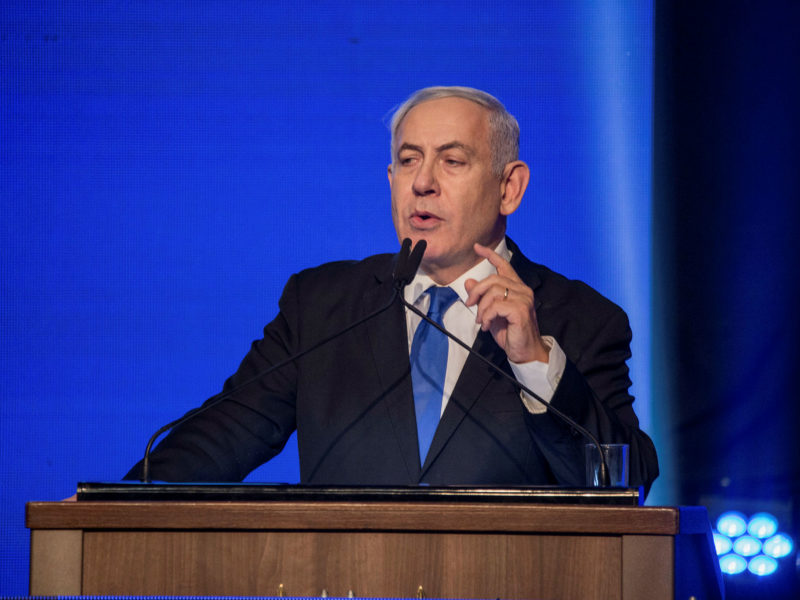 Israel “strongly condemns Turkey’s military invasion of Kurdish provinces in Syria and warns against the ethnic cleansing of the Kurds by Turkey and its proxies,” Prime Minister Benjamin Netanyahu stated Thursday after the Turkish army launched a military campaign against Kurdish strongholds in northern Syria.

“Israel will make every effort to provide humanitarian assistance to the brave Kurdish people,” he added.

Turkey on Wednesday launched a ground incursion and an air campaign against Kurdish-held areas in Syria, and vicious battles have reportedly been taking place at several locations in the province.

The Syrian Observatory for Human Rights (SOHR) reported Thursday that Turkish commandos entered Bir Abyad village east of Tal Abyad city at the border with Turkey while it also reported the failure of the Turkish ground offensive in other areas. Turkey claims it killed at least 110 Kurdish fighters in battle, and there are reports of heavy Turkish losses as well.

Turkey launched its offensive after President Donald Trump announced he was withdrawing US forces from the area, essentially giving the Turks a green light to attack.

“Fighting between various groups that has been going on for hundreds of years. USA should never have been in Middle East. Moved our 50 soldiers out. Turkey MUST take over captured ISIS fighters that Europe refused to have returned. The stupid endless wars, for us, are ending!” he tweeted Wednesday.

However, he threatened Monday that “if Turkey does anything that I, in my great and unmatched wisdom, consider to be off limits, I will totally destroy and obliterate the Economy of Turkey (I’ve done before!).”

Israel officials have warned that the Turkish campaign could generate another mass humanitarian crisis in the country.

Israeli Ambassador to the United Nations Danny Danon touched on the issue of Israeli support for the Kurds and told IDF Radio that “if we want to act we know how to do so, but not always openly. You have to think about how we help in a way that won’t harm those we help.”

For just $100 per month you can bring the gospel to 10,000 homes. Join us as media missionaries! GIVE NOW
VIEW COMMENTS
« ‘Stunned and Pained’: Israel Express Shock, Condemns Attack on Synagogue in Germany CEO Ward Simpson Would Like To Invite YOU To Arise Zion 2020! »