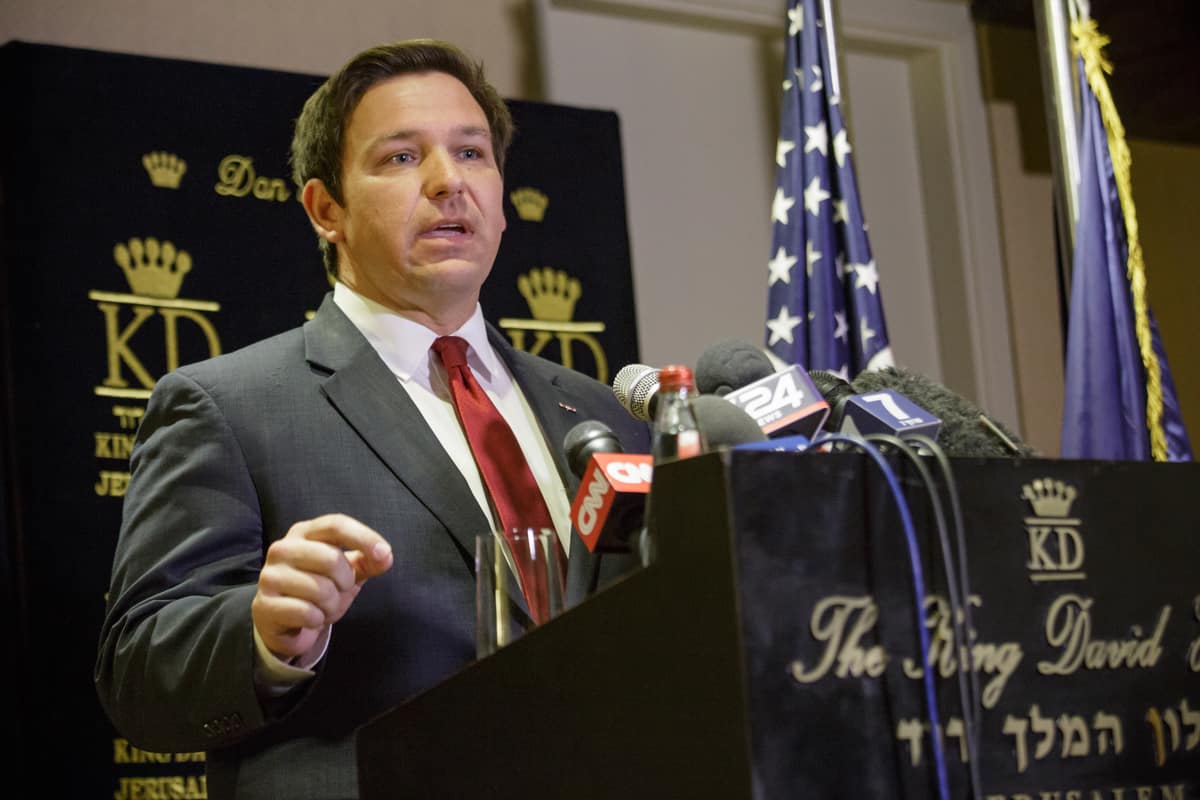 Israeli officials on Wednesday thanked Florida’s Governor Ron DeSantis for taking action the Airbnb tourism company after the latter announced it would boycott Israeli properties in Judea and Samaria.

DeSantis announced Tuesday that he stands with the Florida Cabinet which accepted the State Board of Administration’s recommendation to place Airbnb on the Scrutinized Companies List.

“Airbnb made a conscious decision to discriminate against the Jewish people and as Governor I have an obligation to oppose policies that unfairly target the world’s only Jewish State and our greatest ally in the Middle East,” he stated.

Airbnb may now face state sanctions over its November 2018 decision to delist some 200 Israeli homes in Judea and Samaria because they are located in an area which Airbnb claims is “at the core of the dispute between the Israelis and Palestinians.”

Deputy Consul General of Israel to Florida Guy Gilady stated that “Airbnb’s policy is shameful! Thank you Governor Ron DeSantis for showing that Florida will not tolerate discrimination.”

Israeli Minister of Public Security and Strategic Affairs Gilad Erdan congratulated DeSantis “and our friends in Florida on their decision to add Airbnb to Florida’s list of companies that support the anti-Semitic BDS campaign.”

“I’ll continue to work with our allies to counter BDS, and protect Jewish communities in Judea and Samaria,” he added.

DeSantis promised during his campaign that he would be the “most pro-Israel governor in the country,” vowing that his first trip abroad as governor would be to Israel.

Florida introduced an anti-BDS (Boycott, Divestment & Sanctions) law in 2015, the fifth state in the US to do so. The law allows Florida to blacklist companies that boycott Israel and deny them state contracts.

Florida, New York and Illinois and another 23 US states have passed laws against boycotting Israel, with similar legislation in place in France, major cities in Germany and the UK.

Israel has likewise launched a process through which it intends to take action against the tourism company. An Israeli inter-ministerial governmental team, including the ministries of Tourism, Foreign Affairs, Justice and Economy, as well as the Tax Authority, is currently working on venues of action.

Several private lawsuits have also been submitted against Airbnb at Israeli courts.