BREAKING
Israel Has a New Prime Minister
Bennett Coalition Government Collapses, New Elections On Horizon—And The Return Of Netanyahu?
Rooftop “Glamping” Pops Up In Israel
STAND WITH UKRAINE
Home Israel Israel to US on 9/11: We Stand ‘Shoulder to Shoulder’ with You

Israel to US on 9/11: We Stand ‘Shoulder to Shoulder’ with You

written by The Israel Insider September 13, 2019 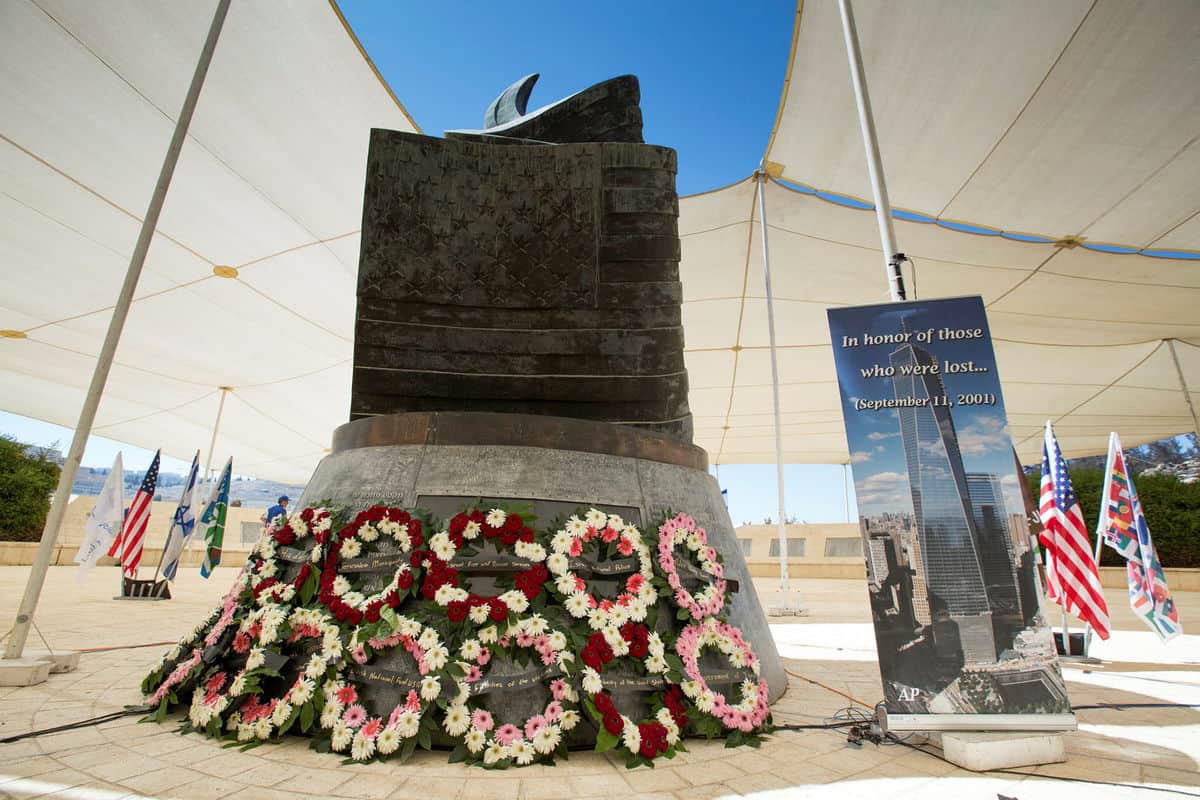 Israeli officials attended events and expressed their solidarity with the US on Wednesday as the 18th anniversary of the horrific 9/11 terror attacks that claimed the lives of 2,977 American was marked.

“Israel stands shoulder to shoulder with America in the fight against terrorism, and grieves with families of the victims of the September 11 attacks,” the country stated on its official Twitter page.

Israel’s Ambassador to the US Ron Dermer stated that on 9/11 “Israel mourns with the American people, remembers the victims and renews its commitment to always stand with America to fight terrorism and defend freedom.”

In Jerusalem, two gigantic beams of light, shining up to 300 meters tall over the city and symbolizing the Twin Towers were lit, similar to the “Ground Zero” tribute in New York. This is the first such an event took place.

Tel Aviv’s city council building lit up in the American and Israeli flags and the numbers “9/11.”

The Keren Kayemet LeIsrael-Jewish National Fund (KKL-JNF), Jewish National Fund-USA (JNF) and the US Embassy in Israel held their annual memorial ceremony to honor those who perished at the 9/11 Living Memorial Monument, the only one outside of the US to include all the names of the 9/11 victims.

US Ambassador to Israel, David Friedman, US Secretary of Veterans Affairs and other officials were present at the event.

Friedman stated that “we stood together in solidarity on 9/11 and we knew that terrorism could not defeat us. Standing here today at this beautiful memorial, we all recall that terrible day in 2001 and we honor the memory of the victims.  In their honor, let us also reaffirm our sense of solidarity and commitment to our most cherished values.  That will be the lasting legacy of 9/11.”

The 9/11 Living Memorial is a 30-foot-high bronze sculpture that portrays the American flag folded into the shape of a memorial flame. A metal shard from the ruins of the Twin Towers is incorporated into the base of the monument, which overlooks a magnificent vista of the Jerusalem Hills and the Arazim Valley.