BREAKING
Israel Has a New Prime Minister
Bennett Coalition Government Collapses, New Elections On Horizon—And The Return Of Netanyahu?
Rooftop “Glamping” Pops Up In Israel
STAND WITH UKRAINE
Home Articles Israel, UAE Families in First-ever Organ Exchange to Save the Lives of 3 Women

Israel, UAE Families in First-ever Organ Exchange to Save the Lives of 3 Women 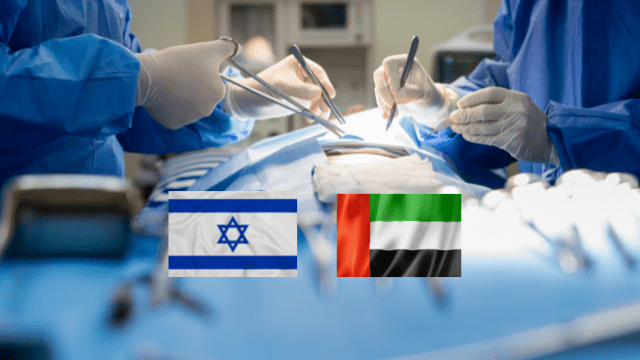 The Abraham Accords continued to open new doors as two families in Israel and one in Abu Dhabi received lifesaving organ transplants Wednesday. While Israel has had a similar organ donation arrangement with Cyprus, this is the first-ever with an Arab nation.

Early Wednesday morning, a 39-year-old woman in Israel underwent surgery at Sheba Medical Center to donate a kidney to the mother of a donor in the United Arab Emirates. While her kidney was put in cool storage and flown to Abu Dhabi, a woman in the UAE underwent surgery to donate her kidney to another woman at Rambam Medical Center in Haifa. And the husband of the Rambam recipient is donating a kidney to the mother of the woman at Sheba Medical.

Cross couple transplantation—where one person receives an organ transplant, and their relatives then donate an organ to a stranger in need—occurs when a suitable match cannot be found among relatives.

“This is very exciting. It’s the first time we have conducted such a process between Israel and an Arab state, and it really shows that medicine has no borders,” said Dr. Rafi Bayer, chairman of the Israel Center for Organ Transplantation. Given the UAE’s close proximity, Bayer hopes this newly opened door will save more lives in the future.

“I hope that this collaboration will open the door for collaboration in further fields of medicine between us and the Emirates,” said Professor Eitan Mor, who performed the surgery at Sheba Medical.

We were reported just a few weeks ago on an Orthodox Jewish Israeli woman giving her kidney to a young boy from Gaza. If you did not read it, I strongly encourage you to do so. It is powerful!