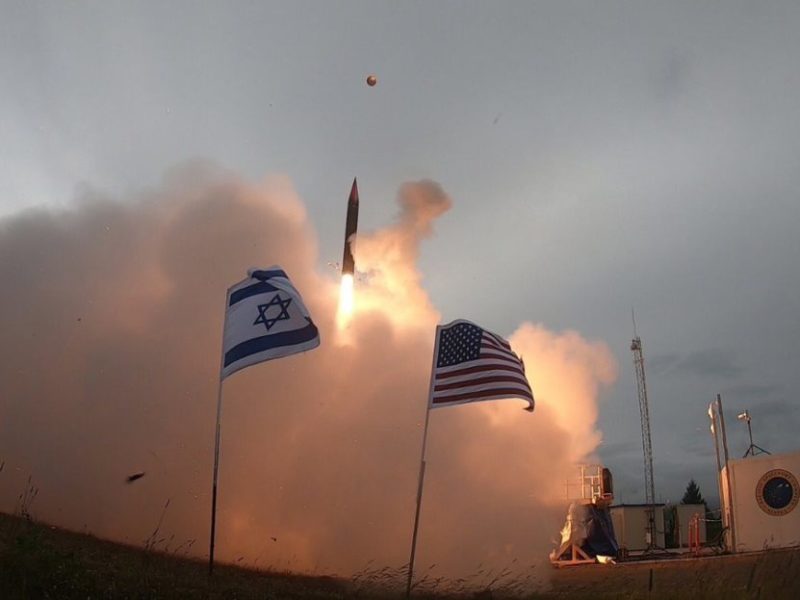 Israel’s Ministry of Defense (MoD) announced Sunday that it had conducted another successful trial of the Arrow 3 anti-ballistic defense system.

The test was conducted at the Pacific Spaceport Complex-Alaska (PSCA) in Kodiak, Alaska and was led by the Israel Missile Defense Organization (IMDO) of the Directorate of Defense Research and Development (DDR&D), in collaboration with the US’ Missile Defense Agency (MDA) and the Israeli Air Force (IAF), the MoD stated.

“The Arrow-3 Interceptor successfully demonstrated an engagement capability against the exo-atmospheric target during the test. Although not part of the Israeli architecture, a US AN-TPY2 radar participated in the test. Preliminary analysis indicates that test objectives were successfully achieved,” the MDA added.

These experiments were conducted “in full cooperation with our great ally the US. They were successful beyond any imagination,” he said.

“The execution was perfect – all precise hits,” he noted, stressing that “today Israel has the ability to act against ballistic missiles that could be launched against us from Iran or anywhere else. This is a great achievement for the security of Israel.”

“All of our enemies should know that we will overcome them in both defense and offense,” he concluded.

MDA Director Vice Adm. Jon Hill added that the successful tests “mark a major milestone in the development of the Arrow Weapon System. This unique success in Alaska provides confidence in future Israeli capabilities to defeat the developing threats in the region.”

“We are committed to assisting the Government of Israel in upgrading its national missile defense capability to defend the State of Israel from emerging threats,” he added.

IMDO Director Moshe Patel stated that “10 challenging years of development have culminated in this moment: the Arrow 3 weapon system completed a test campaign, during which an Arrow 3 interceptor completed full interception of the target. This is an extraordinary operational and technological achievement for the State of Israel, made possible by thousands of employees, engineers and officers from the Ministry of Defense, Israeli defense Industries, Israeli Air Force and our US partners.”

In addition, “the fact that the tests were conducted in Alaska, tens of thousands of kilometers away from Israel, is another significant achievement that demonstrates the operational capabilities of the Arrow 3 system to successfully face any threat,” he said.

Israel has previously conducted successful tests with the interceptor.

The Arrow 3 is the only interceptor that does not carry a warhead but intercepts an incoming missile by crashing into it.

The Arrow 3 system became operational in January 2017. In March 2017, Israel deployed for the first time an Arrow 2 interceptor at an incoming missile from Syria. The Arrow 3 defense system was awarded Israel’s Defense Prize in June 2017.

The combined interception capabilities significantly reduce the possibilities of ballistic missiles striking the State of Israel. They provide an almost hermetic defense against a wide array of ballistic projectiles, with eyes on the Iranian ballistic threat and those posed by the Hezbollah terror organization in Lebanon and Hamas in Gaza.

For just $100 per month you can bring the gospel to 10,000 homes. Join us as media missionaries! GIVE NOW
VIEW COMMENTS
« Netanyahu to Immigrants from Ukraine: ‘Here is Your Home’ Houston Church Turns Into A Christian Club At Night »