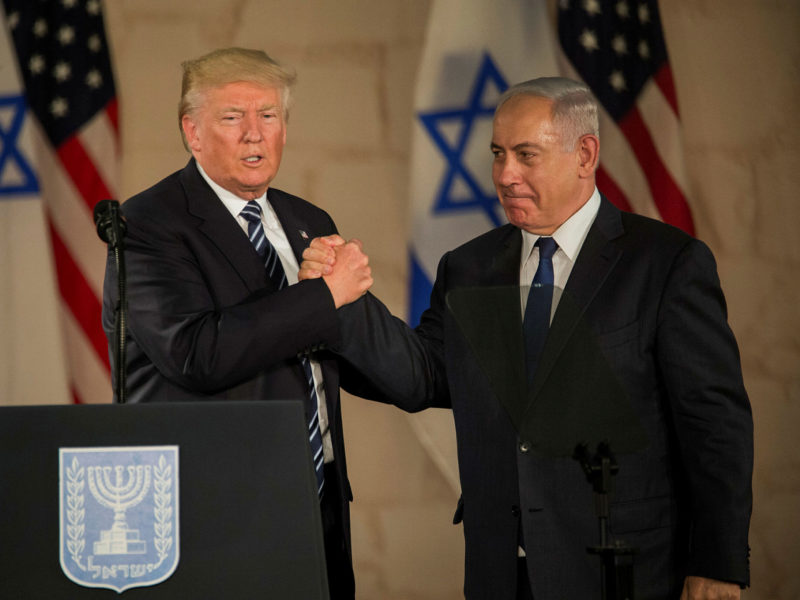 Israel warmly welcomed President Donald Trump’s announcement that he intends to explore a Mutual Defense Treaty with Israel, after the elections in Israel, that “would further anchor the tremendous alliance” between the two countries.

Trump stated Saturday that he spoke with Prime Minister Benjamin Netanyahu “to discuss the possibility of moving forward with a Mutual Defense Treaty, between the United States and Israel, that would further anchor the tremendous alliance between our two countries.”

“I look forward to continuing those discussions after the Israeli Elections when we meet at the United Nations later this month,” Trump added.

The two leaders are slated to meet on the sidelines of the UN’s General Assembly in New York at the end of the month, assuming Netanyahu establishes a coalition after Tuesday’s elections.

“The Jewish State has never had a greater friend in the White House. I look forward to our meeting at the UN to advance a historic Defense Treaty between the United States and Israel,” he said.

“Together, we will continue full steam ahead with our common battle against terrorism,” he added, congratulating Trump on his latest success against Bin Laden’s son. He was relating to Saturday’s news that Ben Laden’s son Hamza was killed in an American strike. He is considered Bin Laden’s successor in leading the al-Qaeda terror organization.

“I am in favor of a definite defense alliance between the US and Israel against Iran in the nuclear and missile fields, which will not restrict Israel’s activities in other areas,” he stated.

“An alliance with the powerful superpower in the world will be a historic achievement that will greatly contribute to Israel’s strength,” he said.

Such a military alliance would ensure mutual support and a promise to defend each other. The signatories outline the threats in the treaty and concretely prepare to respond to them together.

Katz appears to support a treaty limited in scope that would pertain to the Iranian threat, but would leave Israel free to act alone against other threats, such as the one posed by Hamas from the Gaza Strip or the one by Hezbollah from Lebanon.

For just $100 per month you can bring the gospel to 10,000 homes. Join us as media missionaries! GIVE NOW
VIEW COMMENTS
« Hundreds Of People See Jesus In A Cloud Hamas Official to TPS: ‘In the Absence of an Agreement, Hamas-Iran Relations are Tightening Despite Debate on the Issue’ »