BREAKING
Catch a Ride on a Shared Scooter—“Micro-mobility” Coming to Tel Aviv Next...
Israel Military to Conduct First-ever Simulated Strike on Iran
‘Injury to the Heart of Iran’: Details on the Life and Death...
STAND WITH UKRAINE
Home Articles Israel: Why Such a Small Country is Central to World History

Israel: Why Such a Small Country is Central to World History 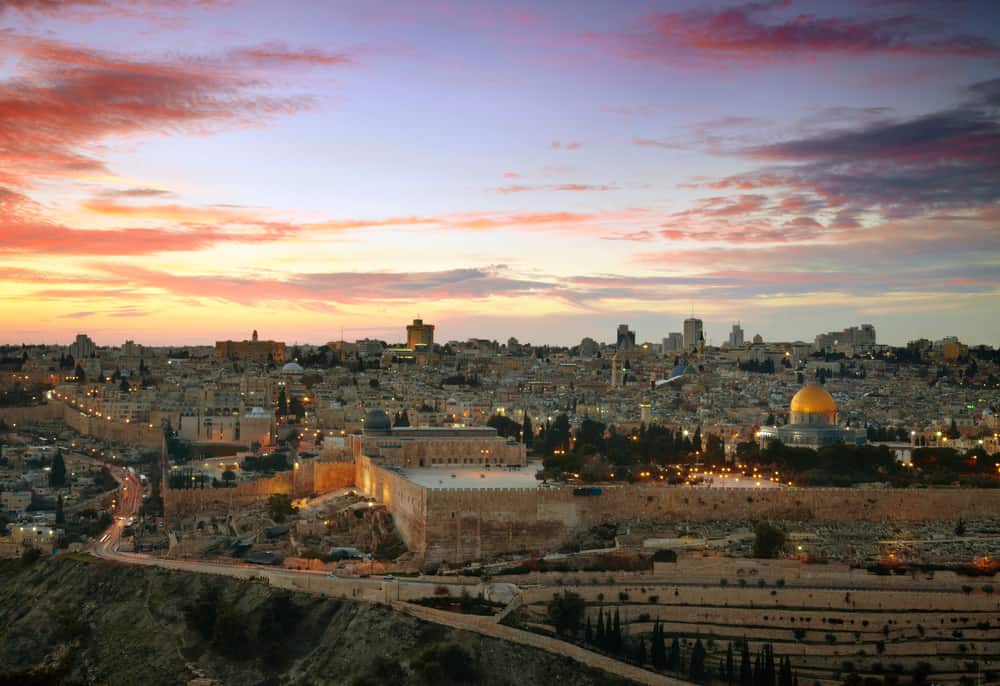 National news headlines always report on what is happening in the nation of Israel. Those who do not know about the country’s history, especially Biblical history, are confounded why the world is so interested in such a tiny speck on the map.

The truth is, Israel has been such a part of the news that it is often ignored. This gives to some not fully grasping the integral part the country is to play on the world stage. All of history; past, present, and even future all hinge on what happens in this seemingly insignificant country.  Here is why:

The facts about Israel

First, we need a bit of background. Grab an atlas or open Google Maps and take down your Bible from the shelf; let’s look at some general facts about Israel. We will dig into the details as we move through history.

What: Israel is a man, a country, as well as a nationality.

Who: The name ‘Israel’ stems from the Biblical account of Jacob, the son of Isaac and the grandson of Abraham. His name became Israel after an encounter with God in Genesis 32 and the name change was confirmed in Genesis 35. The name is Hebrew and means, ‘God contends.” The Land of Israel was named after him and his family line.

Where: The nation of Israel is located in the Middle East. It is bordered by the Mediterranean Sea to the West, Jordan to the East, Egypt to the Southwest, and Lebanon and Syria to the North.

When: Israel (Jacob) is believed to have lived between 1836 – 1689 BC. The “Land of Israel” came into being after the deliverance by God through Moses from the Egyptians. They entered and conquered the land that was promised to Abraham.

What History Says of Israel

The Middle East has been tumultuous since the beginning of time. Wars and disputes over beliefs and land never seem to get resolved. Most of what history records about Israel is constructed from the Biblical accounts. However, some historical accounts exist.

War of Families – The two main groups of people living in the region are Judaism and Islam. These groups stem from Abraham and two of his sons Ishmael and Isaac. Since both feel they have a claim to birthright (we’ll go deeper into this later), they have waged war on each other up to an including the present day.

War of Nationalities – Judaism and Islam also form Jews and Muslims. One follows the belief system established by the Bible and Christianity, and the other the teachings of Mohammad and Islam. Both are at odds with each other. There were also internal struggles. At one time the Israelites were split between the Kingdoms of Israel and Judah.

War over land – Today, three areas of land are still in dispute; The Gaza Strip, Golan Heights, and the West Bank. Each of these border a different country: Egypt, Syria, and Jordan, respectively. Wars and periods of peace have gone back and forth over the years. The main thrust is that Israel wants to be recognized as its own country. Even amid cease-fire agreements, they still must deal with various attacks that perpetuate the conflict in the region.

While most of the historical content is based on Biblical accounts, for the most part, Israel is not given the status as a land given to the Israelites, their Promised Land. While the fighting is over the occupation of land each claim as its own, there will always be a religious undertone to why wars still exist. In fact, it was not recognized as an official nation until 1948 when it declared its independence.

What the Bible says of Israel

The Bible frequently speaks of the nation of Israel as “God’s chosen people”.

In the Old Testament:

There are four points to make regarding the nation of Israel in the Old Testament:

First, it is the fulfillment of the promise given to Abraham in Genesis, called the Abrahamic Covenant. Later God reaffirms to Abraham that He will make him “exceedingly fruitful, making him into many nations.” Of course, Abraham does not live to see the fulfillment of the covenant; neither does his son, Isaac. And as we learned, this is where the tree really splits. Because of Abraham’s enthusiasm to ‘help God out,’ he has a son through his wife’s servant, Hagar; Ishmael. As we read in our history lesson, Ishmael was the father of Islam. The promised heir, Isaac, is the son God intended to carry on the line. Then Isaac and Rebecca had twins; Esau and Jacob. Esau, according to tradition, was to be the heir because he was born first. However, after a bit of deception, Jacob gained the birthright.

Third, four generations later (in the line of Levi) a man named Moses is born. They were under Egyptian captivity, and seeing that the Israelites were growing in number, to help control the population, Pharaoh implemented a statute to kill any male less than two years. In fear, Moses’ mother hid him. He was found by Pharaoh’s daughter and taken in.

Moses was chosen by God to lead the Israelites to their new home, the Promised Land. The land “flowing with milk and honey,” that was foretold to Abraham six generations earlier. The story of how the Israelites went from slavery to the Promised Land is an amazing story, but out of the parameters of this article, but to say that it was a time where they adopted many of the tenants of Christianity; two of which are the Passover Feast and the giving of the Ten Commandments. It took a generation to get from Egypt to Canaan. But that is a story on its own as well.

Fourth, the nation of Israel has not always been called Israel. After the desert wanderings and first defeat of the Canaanites, the land they conquered was originally divided by the names of the 12 tribes. It was known as “The Land of Israel,” or as from the covenant with Abraham, “The Promised Land.”

In the New Testament:

During the time of Jesus, Israel was under the rule of the Roman Empire. The name of the nation is not mentioned as much as the nationality, “Jews”.

From Israel (Jacob) to Jesus, there are 42 generations. One of the promises given halfway through this time was given to David. That his seed would produce The Savior, this promise was fulfilled in Jesus.

Up to this point, the world was separated between “Jews,” those of Abrahamic descent, and “Gentiles,” those who weren’t. At Jesus’ death, the lines that were drawn since the Abrahamic Covenant were erased. Through Christ, there is no Jew or Gentile, just God’s people. So, when we talk about Israel in regard to the who, according to New Testament scripture, we are all Israel.

What does the future hold for Israel

While we are all considered God’s children and share in a Heavenly inheritance, Israel still stands at the forefront of future events.

While End-Time Prophecy is not straight forward, scholars and those who study Eschatology all attempt to explain what the Last Days will look like. Yet, scripture does lay out where these events are to take place.

There are five primary events that the Bible dictates will occur as the Second Coming of Christ approaches. While these points do not go into explicit detail, they do outline the gist of what is expected to occur:

From Genesis 1:1’s “In the beginning” to the final “Amen” of Revelation, God had a plan. He saw the highs and lows, the love and hate, and the acceptance and disobedience of a conflicted world. He saw Adam and Eve in the garden; He saw Abraham trying to fulfill God’s Word on his own; He saw the nation of Israel through its beginning – giving direction and encouragement, as well as discipline and second chances.

While Israel exists as God’s chosen people, as we see throughout scripture, every person can be included in the promise extended to them. God’s love includes everyone; it surrounds every heart; it encompasses all time. We see His hand upon His children even today. While the road between now and eternity will only increase in trouble and persecution of Israel and those who follow Christ, we have hope in the end.

The end of the story is already written. We have another Promised Land to look forward to. A New Heavens and a New Earth. (Isaiah 65:17, 2 Peter 3:13, Revelation 21:1-7) Whether it exists in Israel itself, or on a supernatural plane, it is fact. And no power in Heaven, here on earth, or from the depths of hell can prevent us from overcoming what the future holds.