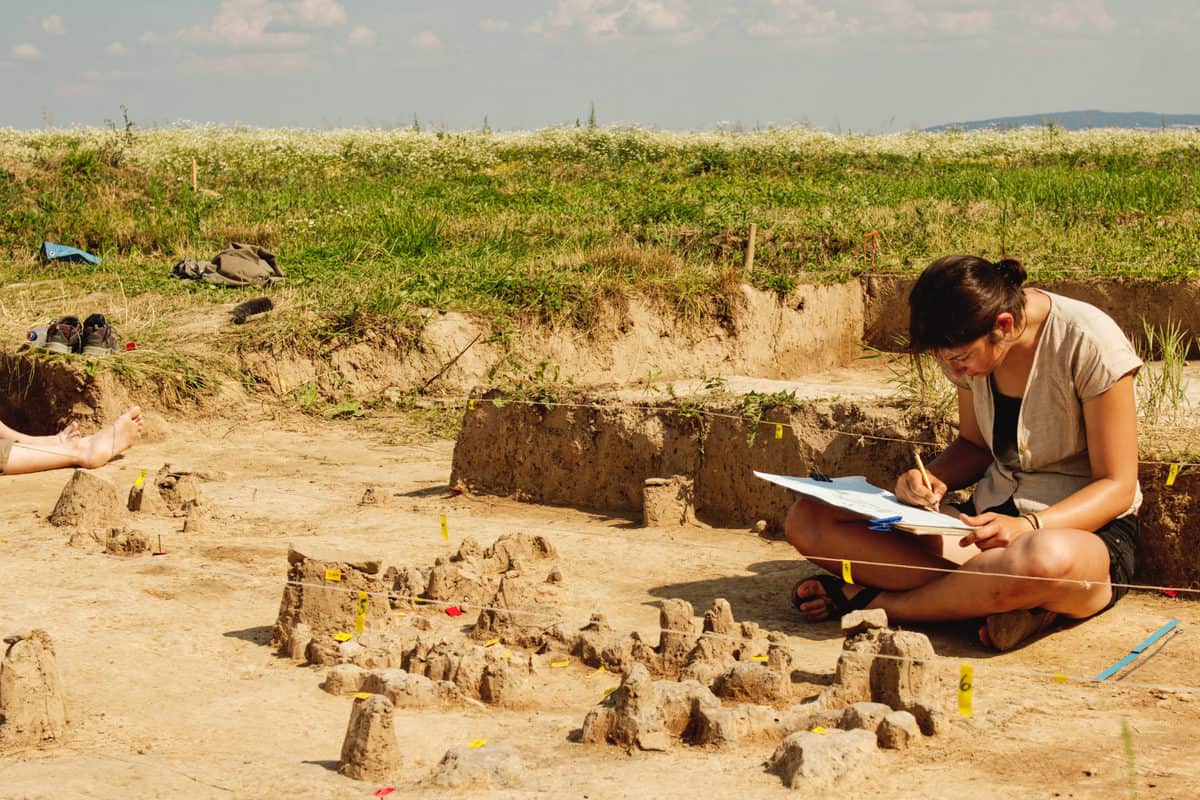 An Israeli excavation of the famed Great Synagogue in Vilnius (Vilna), Lithuania, has fully exposed the Aron Kodesh (Torah Ark) and the Bimah (raised podium) that was destroyed decades ago by the Nazis and the Soviets.

The expedition, directed by the archaeologist of the Israel Antiquities Authority (IAA) Dr.  Jon Seligman, announced Thursday its conclusion after a six-year excavation project, aimed at uncovering the remains of the Great Synagogue of Vilna and parts of the Shulhoyf, the center of the Jewish community and Torah life of Vilna.

The excavation began in July 2015 with a ground-penetrating radar test that developed into a full excavation and significant discoveries.

“Just this morning, while sifting the soil in front of the Aron Kodesh, we found a silver Yad,” the archaeologists said.

The Yad is a pointer used while reading from a Torah scroll.

The magnificent Great Synagogue of Vilna was the oldest and most significant symbol of Lithuanian Jewry. Like most of the Jewish cultural centers in Lithuania, the Great Synagogue was destroyed during the Holocaust.

Built in the 17th century in Renaissance-Baroque style, the Great Synagogue was surrounded over time by other community buildings, including 12 synagogues, the community council, kosher meat stalls, the famous Strashun library, a complex of ritual baths and other communal institutions that formed a great center of Torah study, the beating heart of Lithuanian Jewry.

After centuries of existence, with the destruction of the entire Jewish community of Vilna, this important shrine was ransacked and burnt by the Germans during World War II. The remains were later demolished by the Soviet authorities, and a modern school was constructed on the site.

Seligman visited Vilnius a few years ago as part of a heritage trip, sparking the idea of revealing and discovering what was left of the compound and the synagogue.

“When we arrived to excavate the Aron Kodesh and the Bimah, from which generations of Jews read the Torah scroll for 300 consecutive years, it became clear, unfortunately, that the core of the synagogue had been greatly damaged by Soviet destruction,” Seligman noted.

However, two impressive staircases, clearly visible in the many images of the synagogue before its destruction, were discovered and are evidence of their existence.

In addition, the excavation of Bimah was completed including the entire façade of the Bimah and the complete remains of one of the four huge pillars that supported the roof of the Great Synagogue.”

The remains of the Aron Kodesh, which were recently unearthed, and which appears in all its glory in the many pictures of the synagogue, was renovated after a fire in the 18th century with the contribution of the “Yesod” foundation. The foundation also donated the ornate Bimah, which was a two-story structure with four Corinthian columns and eight Tuscan columns.

The excavation of the Great Synagogue in Lithuania is a joint venture of the Israel Antiquities Authority, the Kultūros paveldo Išsaugojimo pajėgos, the Good Will Foundation, and the Jewish Community of Lithuania.