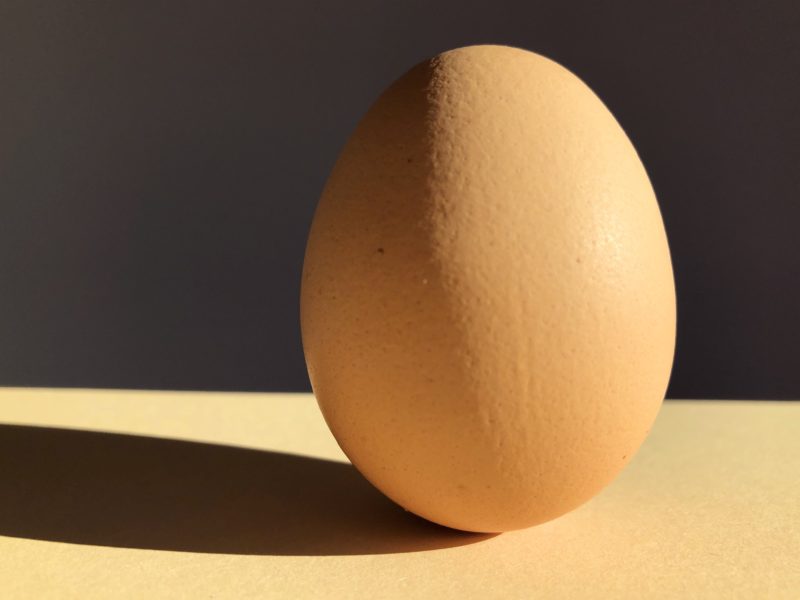 Israel Antiquities Authority (IAA) archaeologists excavating in the coastal town of Yavne have discovered an intact chicken egg while investigating an ancient cesspit that dates back to the Islamic period about 1,000 years ago.

This find is extremely rare on a global scale since only a handful of ancient chicken eggs have ever been found intact.

Dr. Elie Haddad, Liat Nadav-Ziv and Dr. Jon Seligman were the archaeologists that discovered the egg.

“Unfortunately, the egg had a small crack in the bottom so most of the contents had leaked out of it,” said Dr. Lee Perry Gal of the IAA. “Only some of the yolk remained, which was preserved for future DNA analysis.”

Perry Gal said eggshell fragments are known from earlier periods in places such as the City of David in Jerusalem, Caesarea and Apollonia, but it’s difficult to preserve chicken eggs due to the fragile shells.

Chickens have been used for the consumption of their eggs and meat in Israel for the last 2,300 years since the Hellenist period and early Roman period.

Ancient ostrich eggs are easier to recover at archaeological digs since their thicker shells make it easier for them to stay intact.

Perry Gal noted that it is essential for families to have a ready protein substitute that does not need cooling and preservation and that comes from eggs and chicken meat.

“Even today, eggs rarely survive for long in supermarket cartons,” said Alla Nagorsky, IAA archaeologist and excavation director at the site the egg was found. “The egg’s unique preservation is evidently due to the conditions in which it lay for centuries, nestled in a cesspit containing soft human waste that preserved it.”

Conservationist Ilan Naor restored the egg to the state in which it was found.

It is unknown how the egg wound up in the cesspit but archaeologists have also retrieved three typical Islamic-period bone dolls used as toys about 1,000 years ago from the same pit.

For just $100 per month you can bring the gospel to 10,000 homes. Join us as media missionaries! GIVE NOW
VIEW COMMENTS
« Archeologists Find 7,000 Year Old Commercial Seal Impression, Oldest Ever to be Found in Israel God’s Word For You Today: You Are More Than Who You Think You Are »