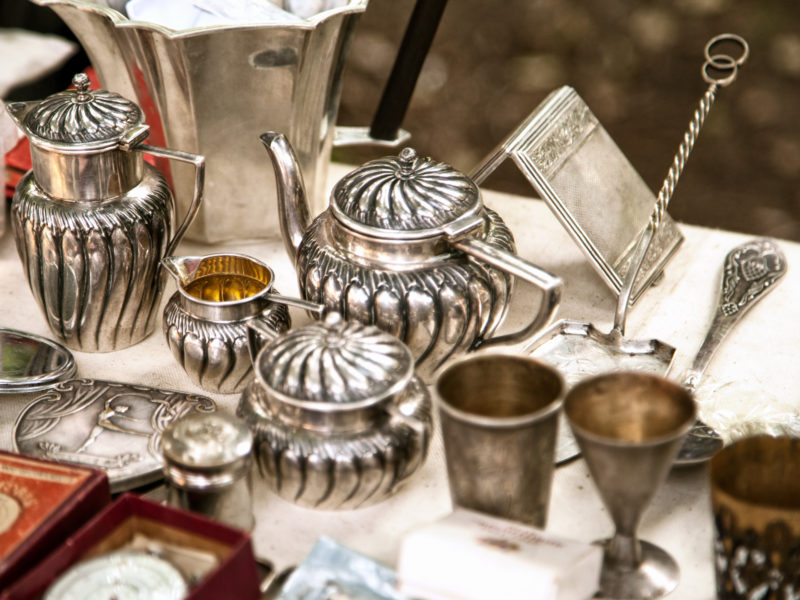 The Israel Antiquities Authority (IAA)), the Israel Police and the Tax Authority launched a joint operation in the Tel Aviv area and captured a network that was engaged in the illegal trade of antiquities.

Thousands of ancient, spectacular and rare items, hundreds and thousands of years old from Israel and the world, were seized on Monday in a major operation, items that were allegedly robbed from cemeteries throughout the Mediterranean basin, as well as from Africa and South America.

The IAA, Police and the Tax Authority have been tracking a number of suspects in Israel in recent months.

Evidence was gathered against the suspects, who were arrested when the authorities raided three centers in the Gush Dan area. The suspects were detained for further questioning.

Amir Ganor, director of the IAA’s Unit for the Prevention of Antiquities Robbery (UPAR), stated that “this is one of the most significant operations carried out in Israel against illegal trade in antiquities.”

The IAA inspectors were amazed to discover thousands of items worthy of display in museums, including many rare finds dating from the 1st millennium BCE through the 11th century CE.

The artifacts included hundreds of ancient coins, some of which are very rare, precious stones inlaid with jewelry, pieces of statues, figurines and heads of gods from the Roman period, dozens of rare painted pottery of the type “black figures and red figures” from the 5th century BCE, worship vessels, parts of statues and more.

Some of the items were looted from tombs, sealed in antiquity. The objects left in the tombs were left as offerings to the dead, and according to the belief, were to accompany the dead to the next world.

The IAA is tracking down the source of the items and is investigating whether they were robbed from an antiquities site in Israel or from the Mediterranean Basin.

The Interpol and other international enforcement bodies are involved in the investigation.

“This is the beginning of the investigation,” Ganor clarified.

“Antiquities are a heritage asset belonging to all cultures and humanity and cannot be treated as if they were vegetables or other consumer products that have a substitute,” he added.

According to Ganor, “an archeological find that is detached from its archaeological context by antiquities robbers and sold for the greed of money, in fact created a black hole in history, and we are working to prevent this in every way.”

Excavating in antiquities sites without a license and destroying such sites constitute severe violations of the law in Israel, for which the law prescribes up to five years in prison.

For just $100 per month you can bring the gospel to 10,000 homes. Join us as media missionaries! GIVE NOW
VIEW COMMENTS
« 10 Attributes Of The Concert-Driven Church Political Landscape in Israel Getting Shaken Up as We Head to New Elections »