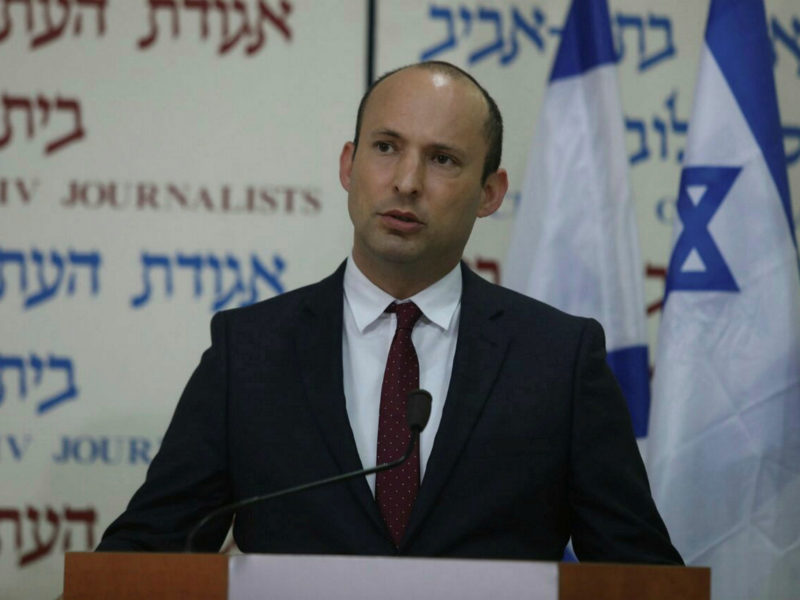 A tense ceasefire between Israel and the Islamic Jihad terror organization took effect on Thursday morning, after which Defense Minister Naftali Bennett stated that the “new rules of the game are clear: the IDF will operate with full freedom and no limitations.”

Bennett said that the IDF killed some 20 terrorists in the last 48 hours, in an operation dubbed Black Belt. He added that despite the ceasefire, the round of fighting may not yet be over.

After Bennett made his statement, Islamic Jihad terrorists fired five rockets at Israel, two of which were intercepted by the Iron Dome defense system. The IDF did not respond.

“A terrorist who attempts to harm Israeli citizens will not sleep well at night, not in his home, not in his bed and not in any hiding place”, Bennett threatened.

Abu al-Ata has planned many terror attacks and ordered the firing of hundreds of rockets at Israel in recent months. He intended to carry out imminent terror attacks against Israel, the IDF stated.

The Islamic Jihad responded by firing 450 rockets at Israeli civilian targets across Israel.

Approximately 90% of the rockets that were en-route to hit populated areas in Israel were intercepted by the Iron Dome defense system.

More than half of the rockets exploded in open spaces, and dozens more exploded inside Gaza.

The IDF eliminated some 25 terrorists as they were attempting to launch rockets at Israel, and bombed dozens of terror infrastructure targets, including rocket factories, launch pads, Islamic Jihad headquarters and ammunition warehouses.

For just $100 per month you can bring the gospel to 10,000 homes. Join us as media missionaries! GIVE NOW
VIEW COMMENTS
« Encountering God Is For Everyone ‘Jerusalem is Under Attack’: Hamas Uses fake News in War Against Israel »