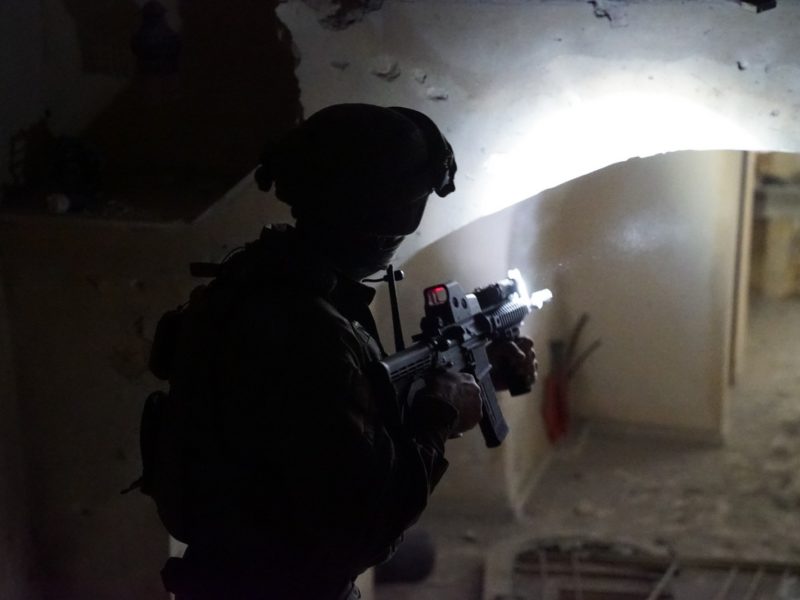 The Border Police’s Yamam Counter Terrorism Unit, in a joint intelligence operation with the Shin Bet security service, tracked the terrorist down to the Arab town of Abwein near Ramallah after a 60-hour manhunt.

The terrorist opened fire at the forces when they came to arrest him, and the forces responded with gunfire, killing Abu Laila.

No Israelis were injured in the gun battle.

Arab rioters attacked the forces during the operation. Palestinian sources report that several rioters were wounded in the clashes.

“The Shin Bet, together with the IDF and the Israel Police, will continue to act with determination to thwart terrorist activity and to capture those who carried out attacks or those who helped them, and to protect the security of Israeli citizens,” the security service stated.

Aby Laila on Sunday carried a double terror attack in Samaria on Sunday during which he stabbed and killed 19-year-old IDF soldier Staff Sgt. Gal Keidan at the Ariel Junction, stole his weapon and fired at civilians, during which he critically wounded Rabbi Ettinger, 47 and the father of 12. He then got into a car he high jacked, drove to the Gitai Avishar Junction, and fired at Israelis at a bus station, during which he severely wounded another IDF soldier. He sped away and abandoned the car at the entrance to the Arab village of Brouqin in Samaria.

Prime Minister and Defense Minister Benjamin Netanyahu congratulated the Shin Bet, the Police’s special anti-terror unit and the IDF “on the quick action that led to the elimination of the abhorrent terrorist who murdered Sgt. Gal Keidan and Rabbi Achiad Ettinger.”

“The long arm of Israel reaches all those who attack our civilians and our soldiers,” he added.

For just $100 per month you can bring the gospel to 10,000 homes. Join us as media missionaries! GIVE NOW
VIEW COMMENTS
« 40 Days to Overcome – Day 14 Israeli High School Girls Produce Wedding for Couple Without Family »