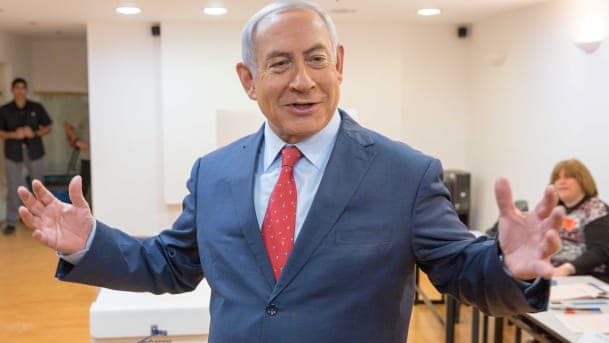 One minute you are eating your falafel, the next, the whole country is talking about new elections. To the American mindset, where a president gets four years, it is hard to understand how quickly a ruling government here in Israel can collapse.

The coalition, led by Benjamin Netanyahu, was holding on to a razor-thin majority of 61 out of 120 seats. It made governing almost impossible. Elections will be held on April 9.

A police investigation has been hanging over Netanyahu’s head for a long time now. The police have recommended that he be indicted on corruption and bribery charges. The Attorney General was going to make a decision on whether to indict soon, however, it is being reported that with the coming elections he will wait.

“The election announcement came as Attorney General Avichai Mandelblit began reviewing the criminal cases against Prime Minister Benjamin Netanyahu, with reports suggesting he intended to make a decision on whether to indict the premier by mid-April.” (source)

Cynics see this as a clever move by Netanyahu to delay being indicted. Surely Mandelblit would not indite a sitting prime minister in the heat of an election. (Other reports are surfacing that he may not wait, but decide by February.)

The government fell over a bill to regulate the quota of ultra-Orthodox Jews that are exempt from the Israeli Defense Forces. When the nation was founded a small number of torah students were exempt. That has morphed into any ultra-Orthodox male who doesn’t want to serve. Those from their communities who do serve, are often seen as traitors and suffer persecution.

The majority of ultra-Orthodox Jewish men do not work or serve in the military. They live off government entitlements (thanks to taxpayers like me!) and charity. The High Court has struck down this exemption as illegal and tasked lawmakers with coming up with a new plan that is not so liberal.

Ultra-Orthodox Jewish Men, a small percentage of the Population, see the Army as beneath them and against Judaism.

Just when it looked like they might have an agreement, Yair Lapid of the Yesh Atid (There is a Future) party pulled his support saying that Likud (Netanyahu’s party) has made under the table promises of cash to the ultra-Orthodox. “We should go to elections. After the elections, a government headed by me will pass the draft law without any wheeling and dealing or fraud,” said Lapid.

Bibi doesn’t seem to have any real challengers. Former head of the army and political newcomer Benny Gantz seems to have the greatest chance of challenging him, but truth be told, that is only because we don’t know him yet as a politician. He still has the glow of a rugged military man. Former entertainer and journalist Yair Lapid could mount a challenge if Gantz decides to join his Yesh Atid party. The left wing Zionist Union has little chance and stands to lose much ground in the next election.

Snap polls suggest we will have virtually the same government. But all that could change if Netanyahu is indicted.

For just $10 per month you can bring the gospel to 1,000 homes. Join us as media missionaries! GIVE NOW
VIEW COMMENTS
« Prophetic Word: The Libraries Of Heaven, The Sovereign King And ‘No More Delay!’ Watch: A Word Of Encouragement From Wendy Alec For 2019 »