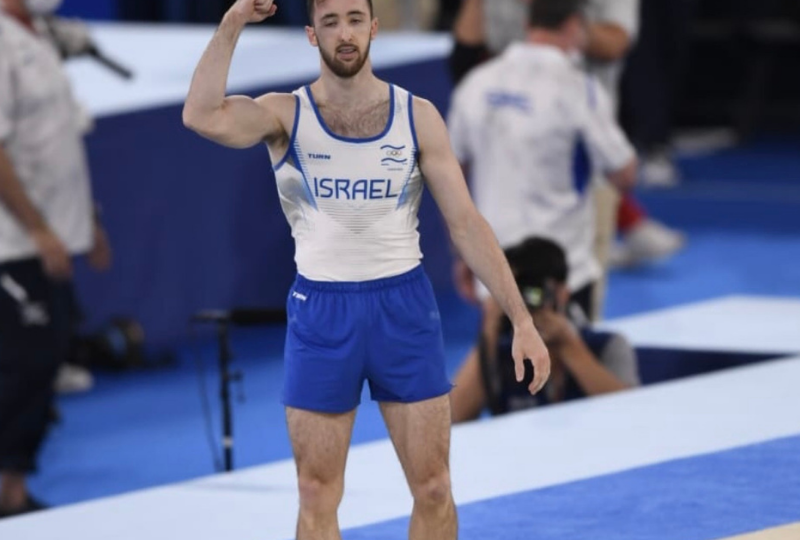 The Hatikva national anthem was played in the gymnastics arena in Tokyo and the flag of Israel flew high as Dolgopyat received the medal.

Dolgopyat, a 24-year-old Ukrainian-born Israeli artistic gymnast, won the gold with a 14.933 score in the men’s floor final, the second Israeli in history to receive a gold medal after Gal Fridman won the gold in the Olympic Windsurfing Discipline of Sailing during the Athens games in 2004.

“Artem you are a champion, you made history today! The State of Israel is proud of you!” tweeted Israeli President Isaac Herzog.

“Thank you Artem! You have made blue-and-white history!” stated Prime Minister Naftali Bennett. “This is a source of enormous pride and great excitement for the entire people of Israel.”

This is Israel’s 12th Olympic medal ever.

Dolgopyat’s outstanding achievement comes after Israel’s mixed team in judo won a bronze medal at the Tokyo Olympics on Saturday.

The Jewish state is now closely following the Israeli baseball team which recorded a historic debut victory at the Tokyo Olympics by beating Mexico and has so far secured a chance for a medal.

For just $100 per month you can bring the gospel to 10,000 homes. Join us as media missionaries! GIVE NOW
VIEW COMMENTS
« Jewish Addict Who’s Been To Rehabs And Hospitals Finally Finds Freedom In Yeshua Which Spirit Empowers You? An Evil Spirit Or Holy Spirit? »