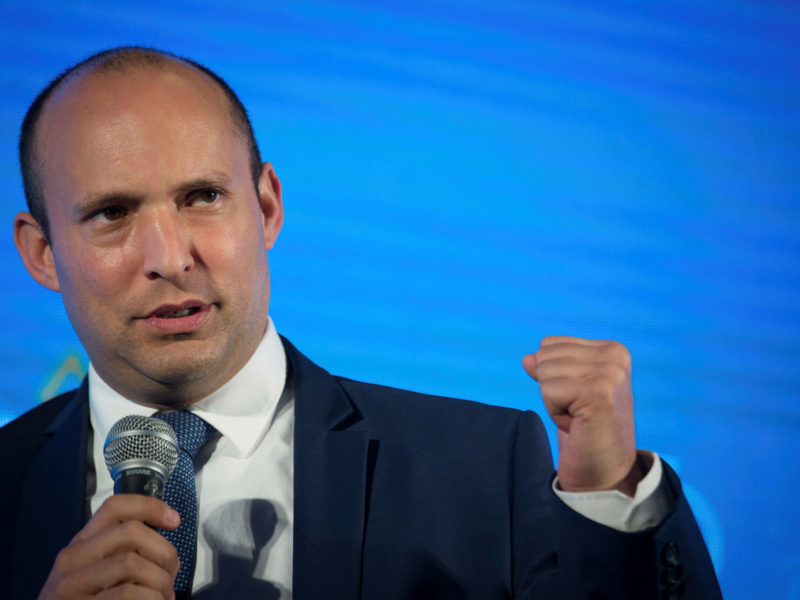 Israeli leaders across the political spectrum reacted with rage and dismay to the violent attack on Argentina’s Chief Rabbi Gabriel Davidovich in his home in Buenos Aires, while calling on world Jewry to come to Israel.

Assailants invaded the Davidovich home on Monday night and viciously beat the rabbi and his wife. Davidovich was hospitalized in serious condition with nine broken ribs.

According to local media, the attackers told Davidovich that “we know you are AMIA’s rabbi,” relating to Argentina’s Jewish organization.

Minister of the Diaspora, Naftali Bennett stated that while we pray for the recovery of the Chief Rabbi of Argentina, “prayers are not enough.”

Saying that now was “time for action,” he charged that world leaders in Europe, South America and elsewhere “were not doing enough to learn the lessons of the past.”

However, “unlike in the past, today we have Israel, the home of the entire Jewish people, and every Jew in the world must know that he has a home here. But even Jews who want to live in Argentina, France, England, the United States or anywhere else around the world, we are here for them too.”

“We will stand against anti-Semitism. A strong Israel is the only answer to hatred of Jews, and our enemies need to know that Jewish blood is not ownerless,” he added.

He called on Argentina “to take a very clear stand, in words and deeds. The criminals who did so [committed the attack] must be found and brought to justice.”

Former Minister of Defense Avigdor Liberman responded to the attack by calling on Jews around the world to make Aliyah to Israel.

“When the wave of anti-Semitism is sweeping the world, Diaspora Jews must remember that the only national home for the Jews is the State of Israel,” he stated.

The attack on Davidovitch “is reminiscent of the darkest days in Jewish history. I wish a speedy recovery for the rabbi and his wife and again call on Jews in the Diaspora to immigrate to Israel. This is your home!” he underscored.

Former Defense Minister Amir Peretz stated he was “shocked by the attack” and wished the rabbi and his wife a speedy recovery.

“It does not matter what the background [for the attack] is. Anti-Semitism’s rearing of its head in Argentina and elsewhere is intolerable,” he said, calling on the Israeli government to “demand that the authorities in Argentina act quickly and decisively. We must do everything to ensure the safety of Jews everywhere in the world.”

Member of Knesset Rabbi Yoav Ben Tzur, a member of the Knesset’s Foreign Affairs and Defense Committee, said the attack was “a serious and grave incident, unfortunately, anti-Semitism is becoming a language in some of the countries of the world.”

He warned that “if plans are not formulated and implemented to eradicate this sick evil, it will evolve into a dangerous culture, an anti-democratic and existential threat to all the citizens of the enlightened countries of the world.”

He added that “at any time, Israel will be the natural home for all Diaspora Jews who wish to return to it.”

Israeli Minister Gila Gamliel stated that the attack on Davidovich is “a hate crime and the result of anti-Semitism raising its head around the world. We pray for the safety of Rabbi Davidovitch and his rapid recovery. Argentina Jewry – The State of Israel is on your side.”

Chairman of the Jewish Agency Isaac Herzog called for a “war of annihilation” against the “human trash” who are motivated by anti-Semitism.

Israel will lead “an international war against the terrible plague that raises its head in a most alarming way,” he said.

Deputy Defense Minister Rabbi Eli Ben Dahan stated that the attack “shocks the heart and it should set off red warning lights for all of us about the great danger of global anti-Semitism.”

He called on Israel to act with its friends around the world to “ensure that these incidents are not repeated.”

For just $100 per month you can bring the gospel to 10,000 homes. Join us as media missionaries! GIVE NOW
VIEW COMMENTS
« Complacency and Lent US Awards Knesset for Employment of Disabled Persons »