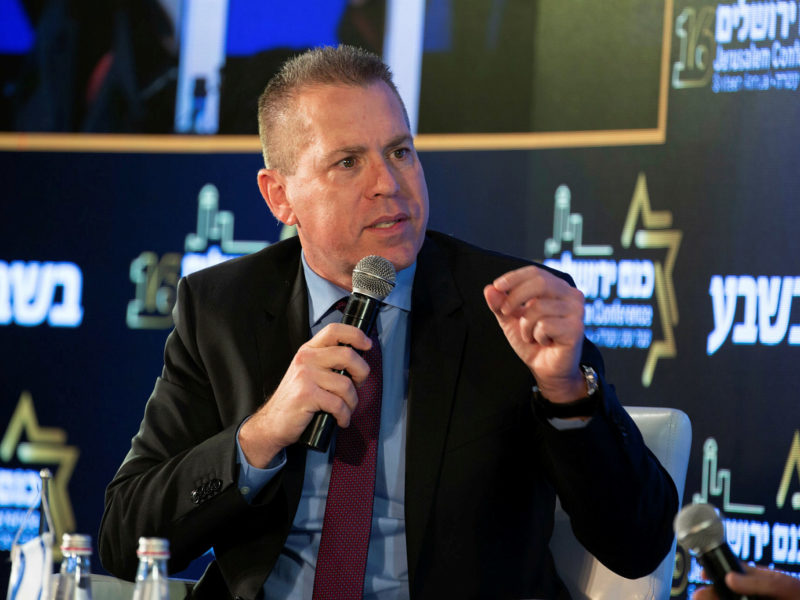 The European Union (EU) has “capitulated to Palestinian Pressure” and is funding organizations tied to terrorism, Minister of Strategic Affairs Gilad Erdan charged.

A letter recently published by Sven Kühn von Burgsdorff, the EU representative to the Palestinian Authority, stated that entities connected to, supportive of, or that identify with terror organizations, which are designated as terrorist organizations by the Union itself, may receive funding from the EU.

Ambassador Emanuelle Giaufret, Head of the Delegation of the European Union to Israel, was summoned to the Foreign Ministry on Thursday and asked to provide explanations on the letter.

“Israel utterly condemns and categorically objects to the Union’s policy on the funding of terrorist organizations. The policy essentially grants permission for incitement, support, and involvement with terrorism,” the Foreign Ministry stated.

Foreign Minister Israel Katz demanded that the EU “immediately end all support, financial or otherwise, for any entities that support terrorism whether directly or indirectly. As past experience teaches us, terrorism is terrorism, and any assistance provided it will only bring about additional terrorism.”

On Wednesday, the Ministry of Strategic Affairs released a report, titled “Blood Money,” which divulges the millions of euros in EU member-state aid given to the Palestinian NGO Addameer, which is closely linked to the Popular Front for the Liberation of Palestine (PFLP) terror group.

According to the report, 11 past and present Addameer employees served in the PFLP, some of whom are in Israeli custody for their involvement in deadly terror attacks.

The report labels these senior officials as being “human rights activists by day and terrorists by night.”

The head of the PFLP terror cell who designed and detonated the bomb used in the August 2019 Dolev terror attack that killed the 16-year old Israeli Rina Shnerb was Samir Arbeed. He served as Addameer’s accountant until 2017.

Addameer also received funding from the Swiss Government to promote its activities against Israel in the International Criminal Court in The Hague (ICC). The organization last month submitted itself as an amicus curia on behalf of Palestinian security prisoners during the ICC deliberations to open a case against the State of Israel on alleged war crimes.

Khalida Jarrar, who according to the Shin Bet (Israeli Security Agency) led the PFLP in Judea and Samaria, served as Addameer’s general director for 12 years, vice-chairperson for 11 years and member of the General Assembly through 2018. Jarrar was both a high-level PFLP operative and held senior positions at Addameer at the same time.

Recent reports revealed that the PFLP has been in significant financial distress over the past few months. Therefore, there is a possibility that the organization will now try to increase its associations with civil society organizations to obtain financial aid, the report warned.

Erdan stated Wednesday that “The EU had an opportunity to stand against terrorism. Unfortunately, the European Union capitulated to Palestinian pressure.”

“Millions of euros, which have already been transferred by European countries to the Palestinian organization Addameer, illustrate the danger in the EU’s stance. This is a dangerous precedent that could enable terrorist groups an opportunity to launder their finances,” he added.

For just $100 per month you can bring the gospel to 10,000 homes. Join us as media missionaries! GIVE NOW
VIEW COMMENTS
« The Quarantined Parent’s Struggle And Juggle ‘Testament to the Strength of Our Alliance’: Netanyahu and Pompeo Meet in Jerusalem »