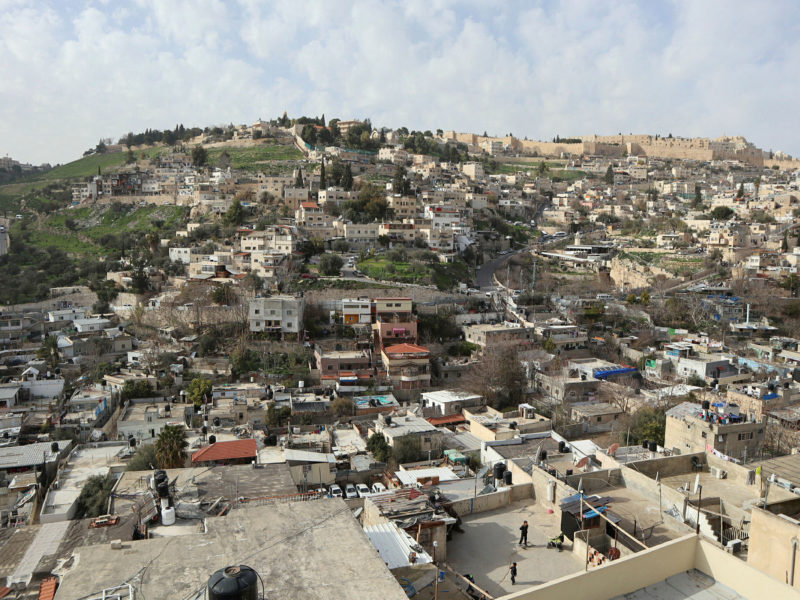 Israeli Minister of Public Security Gilad Erdan signed on Thursday an extension of an order preventing the Palestinian Authority’s (PA) activities in Jerusalem, adopting the recommendation of the Shin Bet (Israel’s Security Agency) and the Israel Police on the matter.

The order signed by Erdan keeps the Orient House shut down, and limits the actions of other institutions operating in the eastern part of the city following their affiliation with the PA.

The Orient House building was used to serve as the PA’s headquarters in Jerusalem.

“The extension of the closure of the institutions is a message to the Palestinian Authority and the residents of eastern Jerusalem that the State of Israel does not intend to relinquish its sovereignty in east Jerusalem in any way, and will not allow any [foreign] access to it,” Erdan stated after signing the order.

Erdan noted that the PA has been operating to strengthen its presence in east Jerusalem in sophisticated ways, including the transfer of significant funding in favor of activities on its behalf, and Israel’s intelligence and police forces are constantly working to track and stop these attempts.

“I will continue to strengthen Israeli sovereignty throughout Jerusalem and prevent any Arab attempt to create a foothold in the eastern part of the city,” he declared.

“The struggle for sovereignty over all parts of Jerusalem continues all the time. Any attempt by the Palestinian Authority to gain a foothold in the territory of the State of Israel will be stopped immediately, and we will continue to act so that other countries in the world recognize Jerusalem as the capital of Israel and express this in practice by transferring their embassies to Jerusalem,” he concluded.

Erdan has been leading a forceful preventive policy against the PA’s attempts to hold events in the sovereign territory of the State of Israel.

He recently issued closing orders for a commemorative event in east Jerusalem financed by the PA, for a conference in the Kfar Shiloach (Silwan) neighborhood that promoted the Palestinian takeover of eastern Jerusalem, and most recently shut down an event that was supposed to take place under the auspices of the PA at the Makassed Hospital in east Jerusalem.

For just $100 per month you can bring the gospel to 10,000 homes. Join us as media missionaries! GIVE NOW
VIEW COMMENTS
« Exposed: Palestinian Youth Movement Promotes Terrorism, Tied to Terror Groups Chris Pratt And Katherine Schwarzenegger Planning a God-centered Wedding »