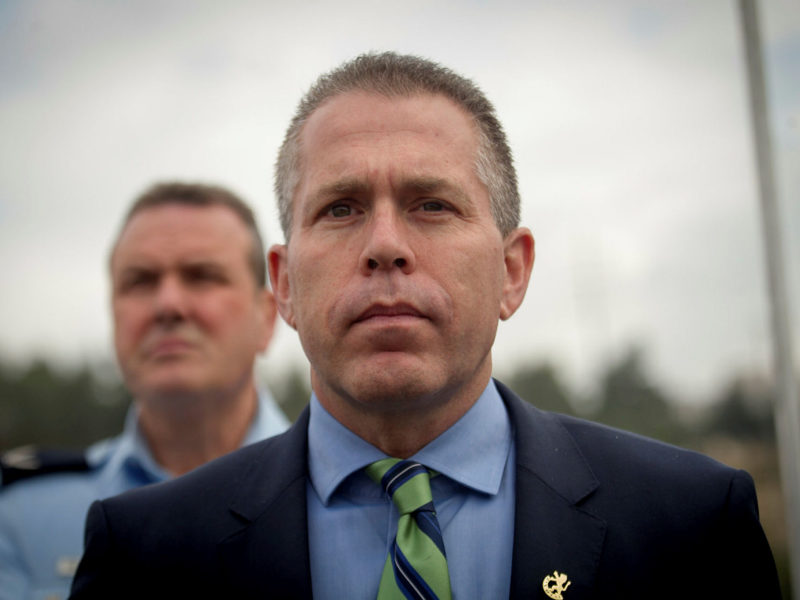 Israeli Minister of Strategic Affairs Gilad Erdan recently sent letters to the Interior, Internal Security and Justice Ministers of 10 countries calling on them to cease their funding of organizations that support the BDS (Boycott, Divestment, Sanctions) and boycotts on Israel and which have been exposed to have ties to terrorism.

The Ministry of Strategic Affairs in recent weeks has published two reports exposing the ties between terrorist groups and BDS promoting organizations, and the European funds they receive.

The first report, “The Money Trail”, addressed the €5 million in annual funding the European Union (EU) provides to anti-Israel organizations, in contrast to its own declared policy.

The second, “Terrorists in Suits”, revealed over 100 links between the internationally-designated terrorist groups Hamas and the Popular Front for the Liberation of Palestine (PFLP) with at least 13 anti-Israel BDS promoting NGOs. The terror groups have successfully placed over 30 of their members, 20 of which have served time in prison for terrorism-related offenses, in senior positions within BDS-promoting organizations.

The report reveals how Hamas and the PFLP are utilizing a network of NGOs promoting boycotts against Israel as an additional tactic in their ultimate goal of destroying the State of Israel.

This week, Erdan sent letters to his peers in the US, Britain, Norway, France, Belgium, Brazil, India, Germany and the Commissioner for the Security of the EU stating that “in light of the findings of the report and the great duty we share as ministers responsible for interior and public security, I urge you to examine the activities of the boycott organizations operating in your country and ensure that they do not advance the radical agenda of the terrorist organizations to which they are connected, and halt any activities or public funding they receive.”

“We will continue to expose the true face of BDS organizations and act to stop the funding given to them,” Erdan stated Monday.

“It is unthinkable that terrorists who present themselves as human rights activists are going around European parliaments receiving legitimacy and funding from them,” he charged, urging his counterparts to “put an end to the fraud stemming from BDS.”

Over the past year, and following Israel’s activities to expose NGO terror ties, several European countries have announced the reexamination and decrease in funding granted to organizations which promote boycotts against the State of Israel.

The Ministry of Strategic Affairs also recently launched a campaign on social media to help raise awareness and expose the true nature of anti-Israel boycott organizations operating in Europe which hide their ties to terror groups.

Meanwhile, the Ministry of Strategic Affairs has noted the effectiveness of the campaign against BDS organizations, especially in regards to donations from European countries.

Samidoun, an NGO mentioned extensively in the report as being staffed with current and former terrorist operatives, responded to the report in an interview with the Hezbollah-linked Al-Mayadeen Lebanese TV-station. Charlotte Kates, the organization’s international coordinator, claimed that the report was part of “a Zionist attack” against the Palestinians attempting to incriminate Palestinian security prisoners held in Israeli prisons, the demonstrations held for them, and the BDS movement.

Kates is married to Khaled Barakat, who is also mentioned in the report along with Mustafa Awad. Awad is a PFLP operative who was sent by Barakat to undergo surveillance training by Hezbollah while posing as a “civilian” in Samidoun. Awad is currently serving time in Israel for his involvement in several terrorist organizations.

Similarly, the Palestinian National Council (PNC) issued a call to the EU to reject Israel’s campaign of “incitement, propaganda and intimidation” against Palestinian and international organizations.

PNC chairman Salim Zanoun sent successive letters to the Chairman of the Internal-Parliamentary Union (IPU) and the President of the European Parliament in wake of the “Money Trail” report, which dealt with the funding granted by the EU to organizations promoting boycotts. The letter claimed that the reports came as part of a supposed campaign of defamation and intimidation aimed at ending European funding for international and Palestinian civil society organizations.

For just $100 per month you can bring the gospel to 10,000 homes. Join us as media missionaries! GIVE NOW
VIEW COMMENTS
« Israeli Activists Call for Establishment of Synagogue on Temple Mount Chick-Fil-A Founder’s Daughter Reveals The Reason For Restaurant Chain’s Success »