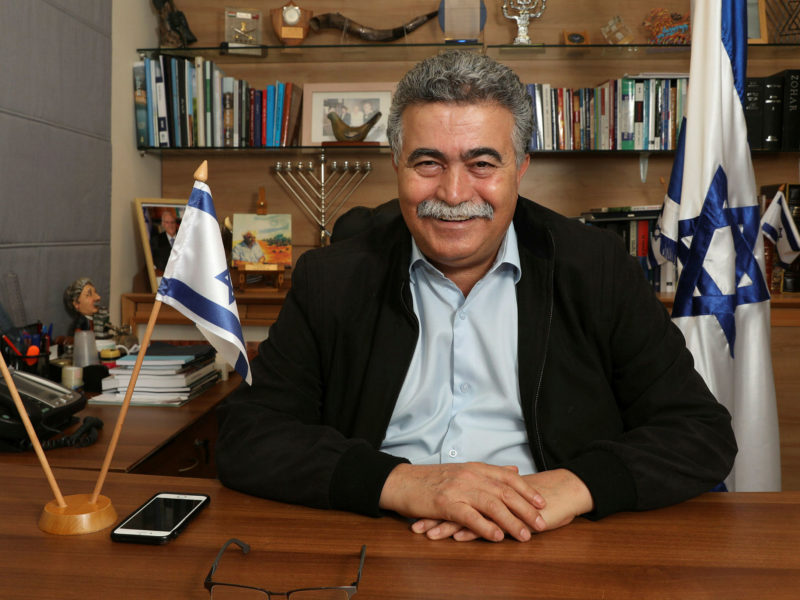 Member of Knesset (MK) Amir Peretz was unanimously re-elected on Friday as deputy president of the Parliamentary Assembly of the Mediterranean (PAM).

PAM also presented Peretz and former Israeli-Arab MK Majallie Whbee with an award in recognition of their activity in the organization over the past years.

Following his re-election, Peretz stated that “this is an important moment in strengthening the international status of Israel in general and of the Knesset in particular. This is an opportunity to promote economic and political issues in a framework [whose members represent] all the region’s countries, including Arab countries.”

Peretz urged PAM to help bolster relations between Israel and the Arabs.

Speaker of the Knesset Yuli Edelstein congratulated Peretz and said that “the Knesset’s accomplishments in parliamentary assemblies around the world change the voting patterns which are at times hostile towards the State of Israel, and positively influence global public opinion.”

PAM is the principal forum where the parliaments of the Euro-Mediterranean region deliberate “to reach those strategic objectives towards the creation of the best political, social, economic and cultural environment and conditions for the fellow citizens of the member states,” according to the organization’s website.

PAM is an international organization, attains an Observer status at the United Nations General Assembly, with a specific international juridical status.

The Assembly plays a “fundamental role as the inter-parliamentary organization whose activities are firmly rooted as the instrument of parliamentary diplomacy also to support the work of other international bodies entrusted with the responsibility to foster security, stability and peace in the Euro-Mediterranean region.”

For just $10 per month you can bring the gospel to 1,000 homes. Join us as media missionaries! GIVE NOW
VIEW COMMENTS
« Be A Part Of 40 Days To Overcome Starting March 6th Congressmen Oppose Uprooting of Israeli Communities as Part of Peace Plan »