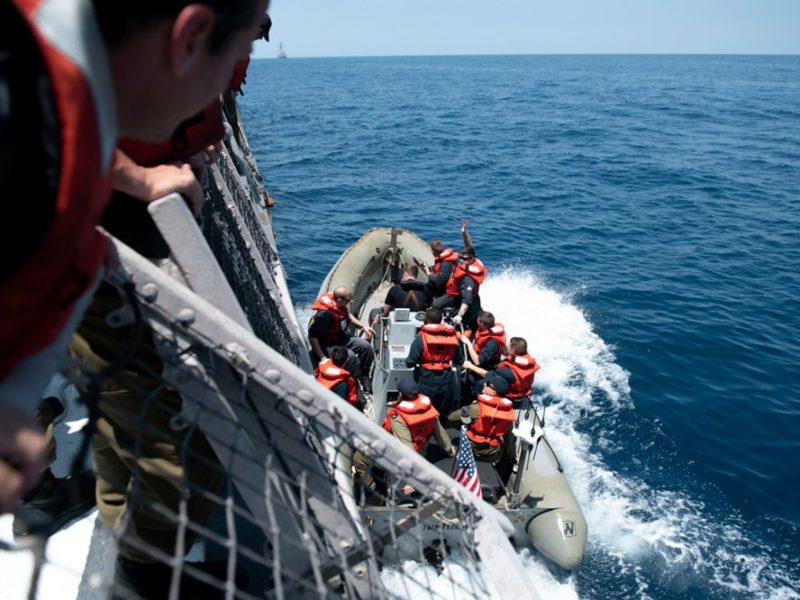 The Israeli Navy last week headed its biggest ever international exercise, codenamed “Mighty Waves,” in preparation for a devastating earthquake scenario in Israel.

The scenario drilled for during the exercise included a 7.5 magnitude earthquake all across the Mediterranean, causing thousands of casualties and damaging numerous homes, rendering 150,000 homeless.

The massive exercise evolved navies from the US, France, and Greece. Representatives from Cyprus, Chile, Italy, Germany, Canada, UK and NATO also took part in the exercise.

Brigadier-general Gil Aginski, head of the Haifa Navy Traning Base, said the 2010 earthquake in Haiti prompted the exercise.

“The seven magnitude earthquake killed 230,000 people and affected the lives of more than three million. 250 buildings collapsed, and infrastructure suffered substantial damage. It was a catastrophe,” said Aginski. The IDF officers read the reports about the Haiti disaster and concluded that an exercise for such a scenario in Israel is of the essence.

The Navy kicked off the exercise with deep-sea rescue missions, while simultaneously assessing the damage to infrastructure from the earthquake. They then chose the Haifa port as the preferred port for relief efforts from neighboring countries and set it up as a naval “sea gate” for humanitarian relief.

For the first time, a Naval Coordination Center was established in order to manage the numerous relief elements operating in Israel’s territorial waters. The center hosted representatives from the foreign navies that took part in the drill.

Major-General Eli Sharvit, Commander of the Israeli Navy, concluded the exercise with an appreciation for the impressive work.

“For the past week, the Navy has headed a massive exercise in which a significant naval operation took place. We see great importance in such exercises, as they strengthen the cooperation with foreign navies. We will certainly cooperate with them in various scenarios in the future,” said Sharvit.

For just $100 per month you can bring the gospel to 10,000 homes. Join us as media missionaries! GIVE NOW
VIEW COMMENTS
« Israeli Minister Calls to Enable Jewish Prayer on Temple Mount Netanyahu to Guatemala’s President-Elect: ‘Together We Will Strengthen the Excellent Cooperation’ »