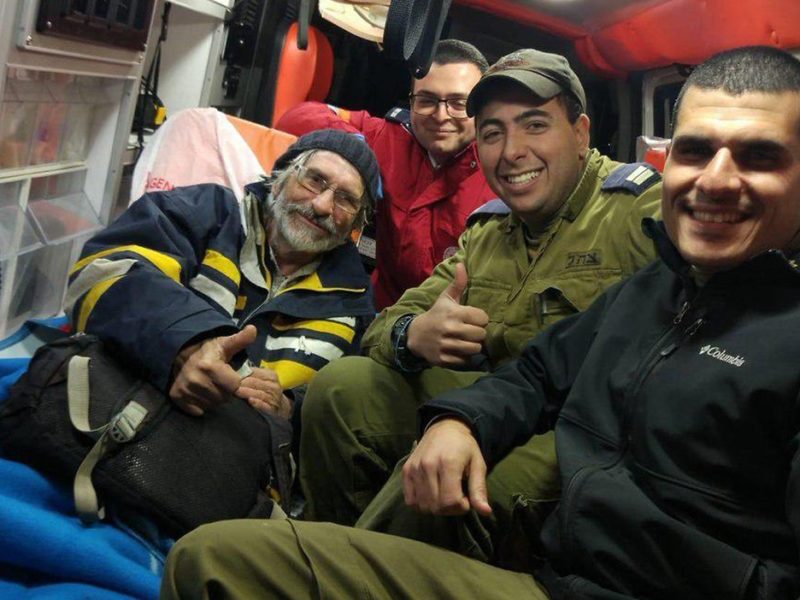 The Israeli Navy on Friday rescued a French sailor who had been drifting at sea for several weeks, the IDF stated Saturday night.

IDF monitors watching Israel’s southern shores early Friday morning noticed a vessel drifting towards the Gaza Strip. IDF sailors of Company 916, who are stationed in the area to combat terrorism from Gaza and thwart attempts to smuggle weapons into the Strip, were alerted to the scene.

The sailors caught up with the drifting vessel and were surprised to find a French citizen who had been at sea for weeks due to a malfunction on his boat.

IDF Lieutenant Colonel Guy Barak, Commander of Company 916, stated that his sailors operated in a swift fashion to bring the French citizen to safe shores while treating him medically on board.

“We will continue with our operation throughout the year and in any weather,” he stated.

The citizen, Jean Francois Colas, 60, was taken to an Israeli hospital in Ashdod for further treatment.

He had been attempting to sail to Madagascar to visit family when his vessel was overcome by a storm that damaged several systems on the boat, including the communications system. He told a French-speaking IDF sailor that he had had no food or water for a week, and had no idea where he was in the world.

For just $100 per month you can bring the gospel to 10,000 homes. Join us as media missionaries! GIVE NOW
VIEW COMMENTS
« Syria Claims it Blocked an Israeli Attack in the Country Martin Luther King Day: UK Remembers the Great ‘Pastor and Social Revolutionary’ »