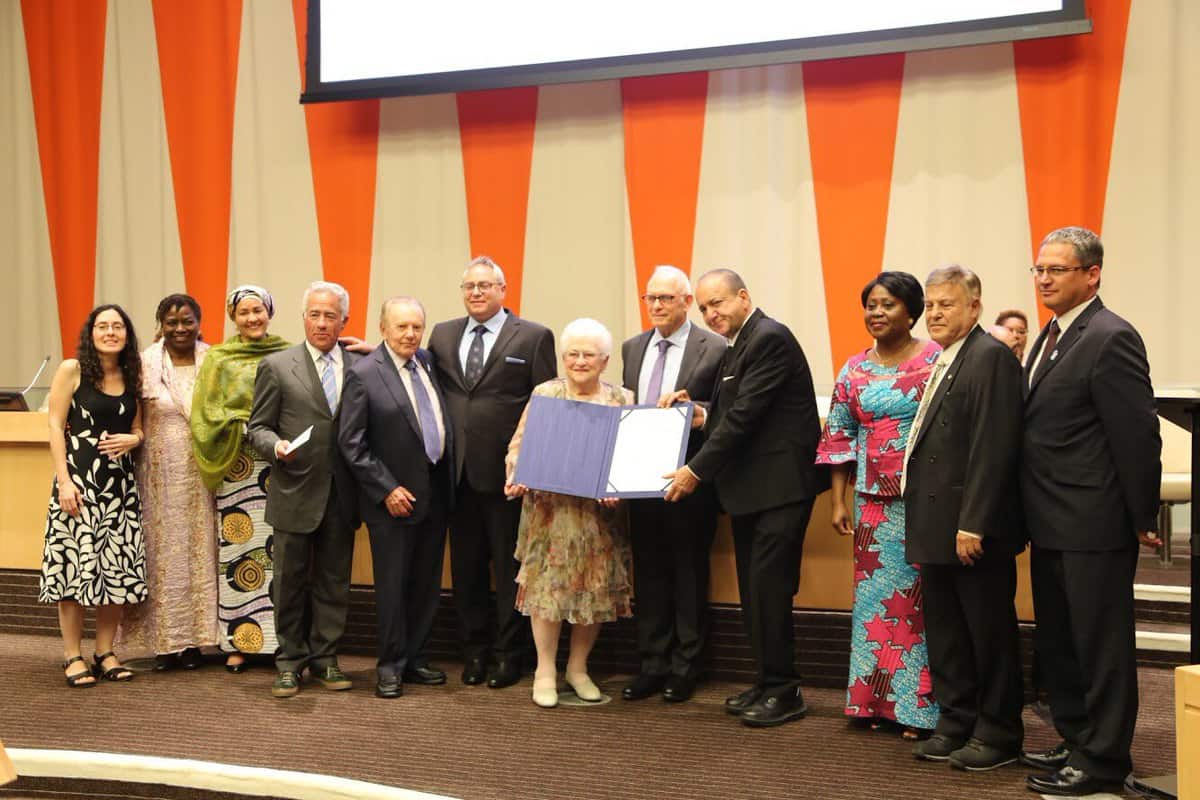 Save a Child’s Heart, an Israeli NGO that provides free-of-charge heart operations for children in war-torn areas has been awarded the United Nations “Population Award’ for its activities to provide medical care and training in lower socio-economic regions.

The award comes both in light of long-standing grim relations between UN and Israel, as well as some indications of a thaw in recent months. Israel announced in December 2017 that it would leave the United Nations Educational, Scientific and Cultural Organization (UNESCO) following a long string of anti-Israel decisions by the group. That move was followed by the United States’ decision to pull out of the UN Human Rights Commission last month, citing the Commission’s consistent anti-Israel bias.

On the other hand, Israeli representatives attended last month’s UNESCO annual meeting in Bahrain, where the world body shelved, at least temporarily, pending decisions to grant official recognition of proposal to the Old City of Jerusalem and Hebron as “Palestinian” heritage sites, and the Cave of the Patriarchs in Hebron as an “endangered” heritage site. That move was likely an olive branch by the organization in an attempt to convince Jerusalem to reconsider bolting the group.

Save a Child’s Heart, based in Holon, south of Tel Aviv, has treated 5000 children from 57 countries since being founded in the mid-1990s, including 2000 patients from the Gaza Strip and Judea and Samaria. In addition to providing medical treatment in Israel, SACH doctors run cardiology clinics for local doctors in conflict zones and conduct screenings in Israel and abroad. Patients who require extended hospitalization are transferred to the Edith Wolfson Medical Centre in Holon, where the cost of treatment is covered by the NGO.

“Our activity is international, non-political and non-religious,” said Simon Fisher, SACH executive director told TPS. “We are happy that, even if Israel and the UN have tense relations, they granted this award to Save a Child’s Heart. It is a very important ray of light.”

Fisher added that watching children communicate despite the lack of a common spoken language serves as a reminder to adults that the things that bring people together are more important than the things that divide them.

“I see them playing together, eating together,  regardless of where they come from – Ethiopia, Fiji, Tanzania or Romania. Children have a special language, looking at them reminds me that barriers are for adults; children don’t have any blocks (when they want) to communicate.”

Notably, the process of obtaining travel permits and entry visas to Israel is often complicated enough to resemble a Mossad operation for the 250 to 300 kids who come to Israel annually for treatment, from countries with diplomatic relations with Israel, such as Kenya, to openly hostile countries such as Iraq and Syria. But SACH has seen patients from Africa, South America, Europe, Asia, and throughout the Middle East.

Construction is scheduled to be completed in 2019.