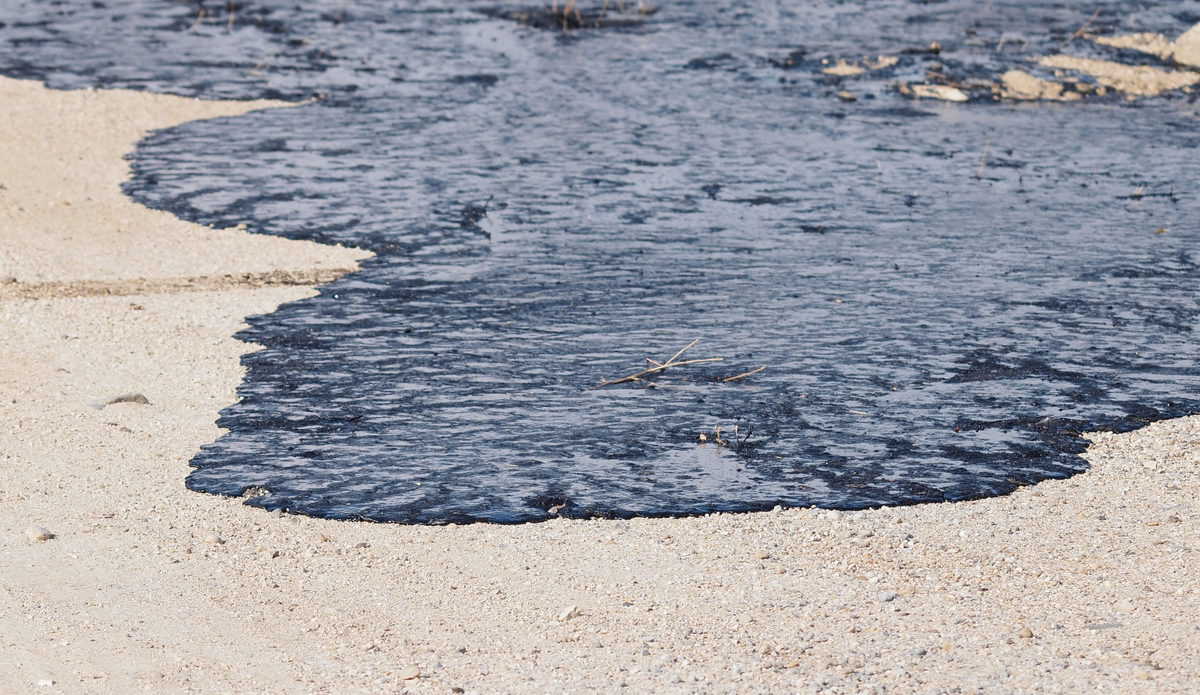 Israeli officials from the Ministry of Environmental Protection boarded a ship docked in Greece that is suspected of being responsible for dumping tar into the sea which landed and covered the majority of Israel’s beaches.

“The investigators are there now and conducting the inspection,” the Ministry stated.

170 of 190 km of Israel’s coast were covered with tar and damaged in an ecological disaster last weekend, the worst environmental disaster in in Israel decades.

Solid and semi-solid tar from an unknown source covered the majority of Israel’s beaches. It is estimated that a ship dumped hundreds of tons of tar that was brought over to the beaches by the massive winter storm.

Dead marine animals have been washing up on Israel’s beaches, including a 17-meter baby fin whale.

This form of pollution requires people to move across the beaches and separate the tar from the sand by hand.

Israel has allocated NIS 45 million to treat the disaster.

Minister of Environmental Protection Gila Gamliel stated Saturday night that Israel “is working in all arenas – including in the international arena, as part of the investigation to find the polluting ship. We will get where we need to go and use all means until we achieve the goal and locate the environmental offender responsible for the pollution.”

“We all deserve to know who caused harm to the animals and the shores of Israel, and we will exhaust the law to its full extent,” she said.