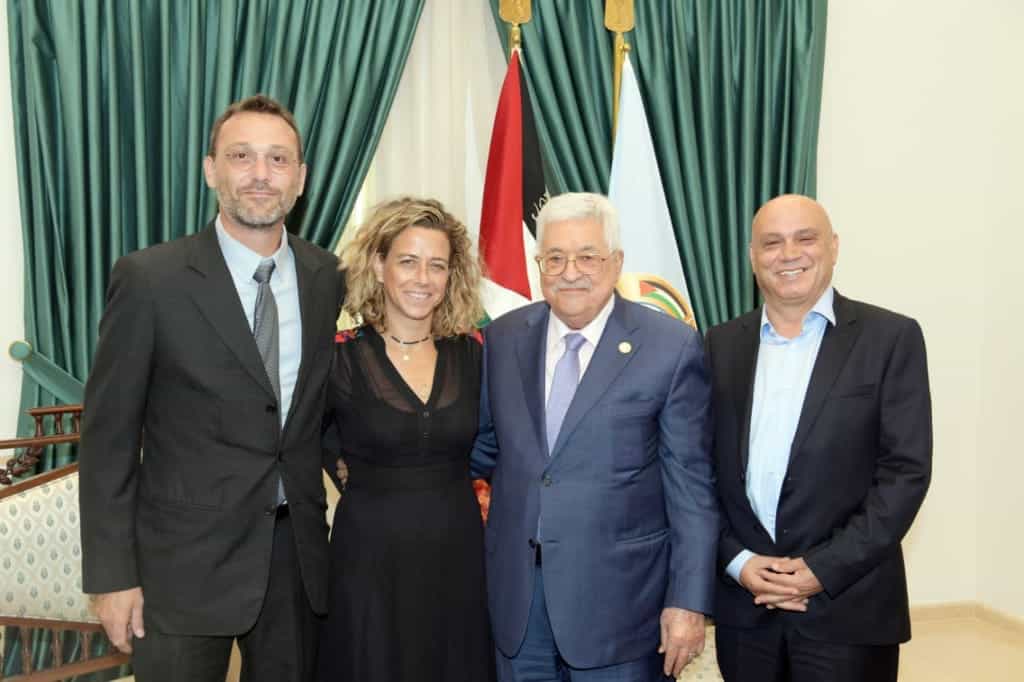 According to Frej and Rothman, Abbas told them he hopes that Prime Minister Benjamin Netanyahu will be defeated in the upcoming election and replaced by a leader who will promote peace by talking with him.

Frej and Rothman claimed Abbas appeared to be open to the possibility of a peace process. Rothman, who is the granddaughter of former Prime Minister Yitzchak Rabin, wrote on Twitter after the meeting that Abbas is “concerned by the radicalization of the Israeli people and Palestinian people and by the absence of hope and dialogue.”

In recent years Netanyahu has repeatedly invited Abbas to meet with him, attempting to initiate a cautious peace process. Despite Netanyahu’s invites and American mediation efforts, the Palestinians have yet to join the negotiations table.

Furthermore, the PA has been evolved in inciting violence through the Palestinian education system and financially supporting families of terrorists who murdered Israelis.

Netanyahu responded to the meeting with a short tweet, “If anyone needed another reason to vote Likud…” he wrote.

Herzl Hajaj, the father of IDF soldier Shir Hajaj who was murdered by a Palestinian terrorist in 2017, criticized the meeting.

“Her grandfather brought upon us the Oslo Accords with Arafat… Because of their adherence to the ‘holy’ agreement, my daughter Shir was murdered. She’s going to visit Abbas? She didn’t come to visit me. I don’t interest her,” said Hajaj.

Jason Greenblatt, the US’ Special Representative for International Negotiations, responded to the meeting, giving the American view of the refusal to the peace talks.

“Disingenuous to suggest negotiations stalled under this admin – there were no negotiations happening! It’s time for the PA to realize their tired arguments won’t achieve peace. Israel has agreed to keep an open mind; so far the PA has done the opposite” Greenblatt Tweeted.