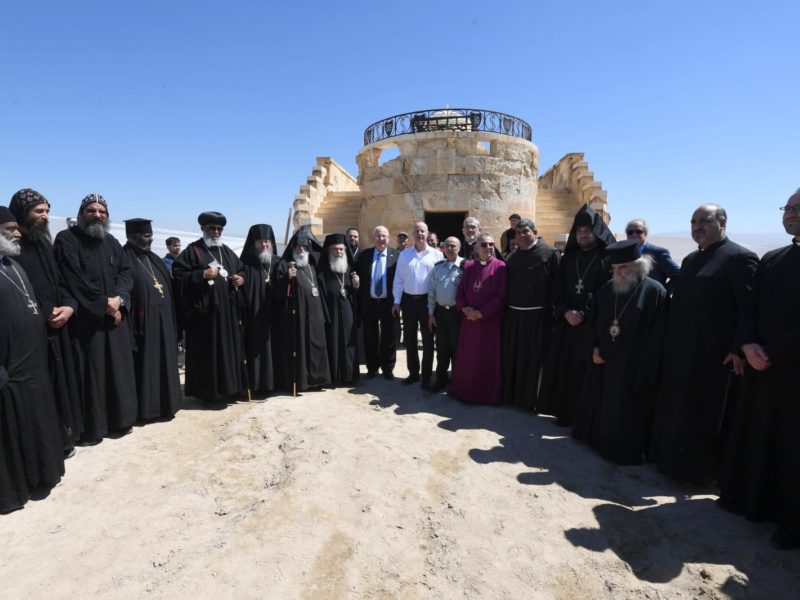 President Reuven Rivlin recently visited an area in the Jordan Valley known as the “Land of the Monasteries” and the Qasr al-Yahud baptismal site together with the heads of the churches in Israel.

“The Land of the Monasteries” along the Jordan River was abandoned for 50 years after the Six-Day War, but a recent Israeli project cleared most of the area of land mines and made it accessible to pilgrims.

Over the last three years, the president has promoted the project in order to increase the number of tourists who come to the area and to develop the sites for visitors from around the world. From the baptismal site and southwards, one can find churches, chapels and monasteries dedicated to the site which according to Christian tradition, John the Baptist baptized Jesus and his disciples.

The mine-clearing is expected to be concluded by the end of this year.

The IDF’s Coordinator of Government Activities in the Territories (COGAT) Maj-Gen Kamil Abu-Rokon noted that the area was “one of the most special places in Judea and Samaria. Here, we see the values of the State of Israel – freedom of religion and freedom of worship for all.”

The Civil Administration is in daily contact with representatives of the various churches, discussing how to maintain and improve the fabric of life in the area. Some 750,000 tourists from around the world have visited the baptismal site and the ‘Land of the Monasteries’ in the past year, bringing significant economic benefit to the residents of the area.

“We are determined to carry on working together, even in days like these, for stability and security across Judea and Samaria,” Abu-Rokon added. 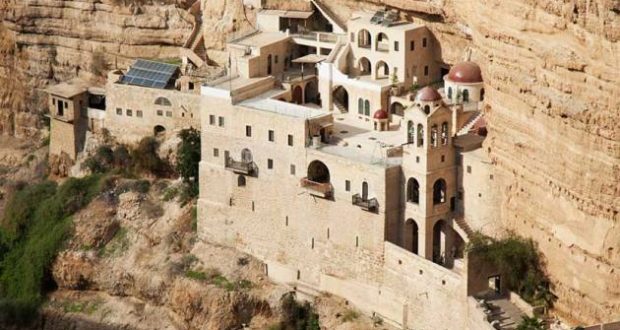 In his remarks, Rivlin stated that “the ‘Land of the Monasteries’ is a place of prayer and holiness. A place of pilgrims from afar who come to be closer to God. But it is also a place that has been injured and broken by war in the past. We are now investing large amounts to restore the site and to return the monasteries to their churches so that Christian pilgrims and other people of faith from around the world can come and visit once again.”

He underscored that “this is part of Israel’s deep commitment to religious freedom. Unfortunately, for centuries those who ruled the Holy Land did not allow peoples of all faiths to access their holy places. Under Israeli sovereignty, people once again enjoy freedom of religion and worship. The fact that we are all investing in this project is not just an expression of our belief in God, but also an expression of our belief in humanity and in each other.”

“Developing this site will be an important step in building bridges between peoples and religions and will allow the vision of co-existence to become a reality,” he added.

In conclusion, he stressed, “As Jerusalemite and the son of Jerusalemites, I can say that there is no substitute for coming here, to the Holy Land, for living here, and for walking and breathing the land of the Bible. Every Christian can walk the route from Jerusalem to Nazareth via Jericho and, if he wants to, can bathe in the waters of the Jordan and feel for himself how the Bible comes to life.”

For just $100 per month you can bring the gospel to 10,000 homes. Join us as media missionaries! GIVE NOW
VIEW COMMENTS
« Does Iran Plan to Attack the US in the Persian Gulf? Is It Acceptable To Pray Repeatedly For The Same Thing? »