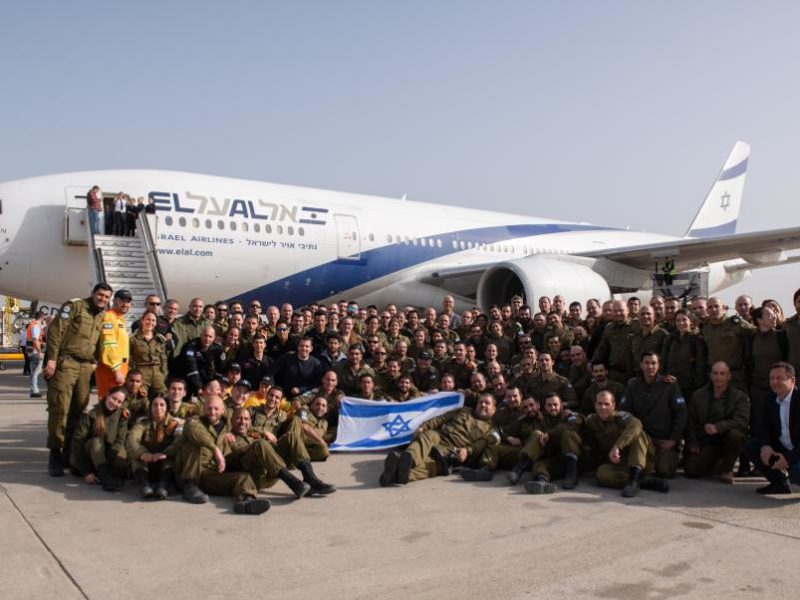 Israel’s humanitarian aid delegation arrived in the city of Belo Horizonte, Brazil, to assist with the search and rescue operations underway following a dam collapse that left dozens dead and hundreds missing.

The Israeli team, which landed in nighttime after a 15-hour flight, held first coordination meetings with local commanders.

Brazilian officials have announced they are suspending the rescue efforts for fear of another dam bursting in the vicinity of the first one. Several neighborhoods in the nearby city of Brumadinho have been evacuated.

The Israeli delegation, which consists of 130 soldiers and officers, including engineering experts, doctors, search and rescue teams and firefighters, as well as foreign ministry representatives, is currently on standby and does not know when it will be deployed.

The official death toll at the dam which burst on Friday at an iron ore mine in southwestern Minas Gerais state now stands at 58, but the final count is expected to rise exponentially, as over 300 people are still missing.

The cause of the dam burst remains unclear.

For just $100 per month you can bring the gospel to 10,000 homes. Join us as media missionaries! GIVE NOW
VIEW COMMENTS
« Is There Really a Cure for Cancer? News From Israel is Saying There Is! What God Thinks About Your Body »