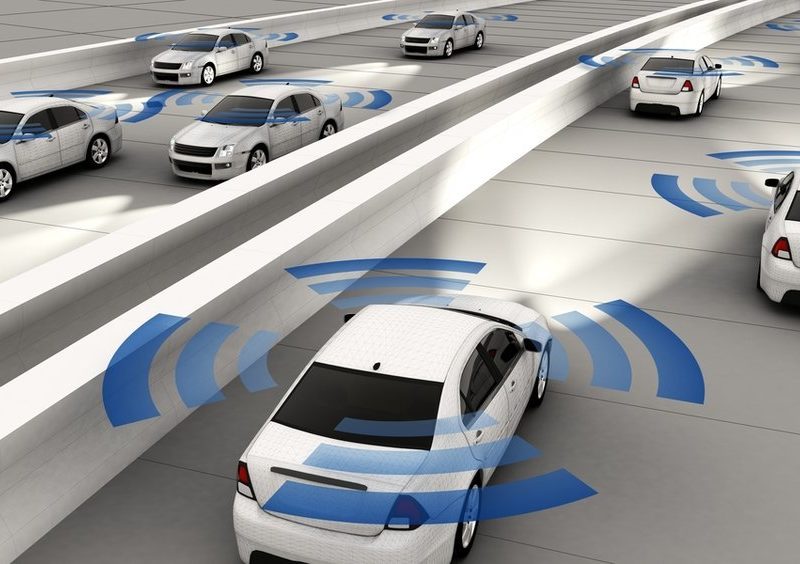 Even a small number of autonomous vehicles (AVs) on the road can affect the traffic flow and make it faster, greener, and safer in the near future, a new study by Bar-Ilan University researchers suggests.

The study focused on the anticipated hybrid traffic flow of the future, which will combine traditional, human-operated vehicles with a small fraction of AVs. This scenario raises several questions as to whether traffic flow would actually improve and, if so, how many AVs would be required to produce significant change.

It may seem that a large number of AVs is required for a significant impact on traffic flow, especially on multilane freeways, as human drivers can simply ignore and bypass AVs. But Dr. Amir Goldental and Prof. Ido Kanter, from the Department of Physics at Bar-Ilan University, do not believe this is necessarily so.

The two presented in the study a simple set of guidelines and regulations for achieving the self-organization of AVs into constellations that dynamically control the entire traffic flow, even when fewer than 5% of the vehicles on the road are autonomous.

In their article, the researchers describe how AVs should behave on a freeway in order to self-organize into groups that split the traffic flow into controllable clusters. It was observed that it takes less than two minutes to achieve self-organized high-speed, greener and safer traffic flow when starting from congested traffic.

“Without regulations on AVs, we face a classic example of game theory paradox, such as the prisoner’s dilemma, where each vehicle tries to optimize its driving speed but the overall traffic flow is not optimal. In our research we examine how, with proper regulations, a very small number of AVs can improve the overall traffic flow significantly, through cooperation,” explained Goldental.

Quantitatively, the authors report a substantial increase of up to 40% in traffic flow speed with up to a 28% decrease in fuel consumption. Also, traffic safety is enhanced as traffic becomes more ordered and fewer lane transitions occur. The study shows that these improvements can be achieved without a central agent that governs AVs and without communication between AVs using current infrastructure.

For just $100 per month you can bring the gospel to 10,000 homes. Join us as media missionaries! GIVE NOW
VIEW COMMENTS
« Parenting Critics Are Everywhere, But You Can Be Your Biggest Cheerleader Gospel Singer Posts Hilarious Song About Quarantine We Can All Relate To »