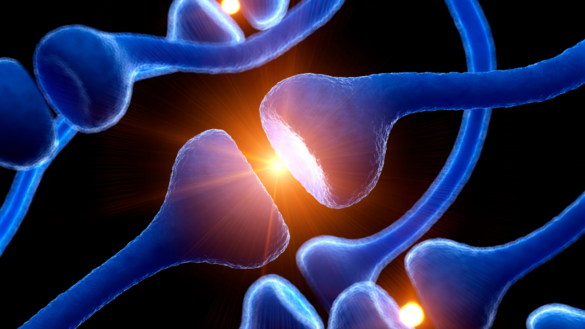 Researchers at Tel Aviv University announced Tuesday the discovery of a new link between two gene mutations thought to cause autism and other neurological disorders such as schizophrenia. And a drug used to treat Alzheimer’s shows promise for treating autism and other diseases that impair brain function.

(Yael, the daughter of our current Foreign Minister Yair Lapid, suffers from a severe form of autism. This past week, Lapid got very emotional as the Cabinet proposed a bill to provide much-needed assistance to Israelis with disabilities. When we first moved to Israel, we had a relationship with Lapid’s in-laws—dear sweet people—and got to meet Yael.)

“Some cases of autism are caused by mutations in various genes. Today, we know of more than 100 genetic syndromes associated with autism, 10 of which are considered relatively common (though still extremely rare),” said Illana Gozes, human molecular genetics and biochemistry professor at Tel Aviv University.

Gozes’ study, published in the Molecular Psychiatry journal earlier this month, focused on one of these genetic syndromes— activity-dependent neuroprotective protein (ADNP) syndrome. ADNP syndrome is believed to be caused by mutations in the ADNP gene that disrupt its functionality and leads to defects in the brain’s neurons. The impact of ADNP syndrome is wide-ranging. Someone with this disorder can have poor muscle tone, trouble eating, impaired vision, hearing, sleep, and fine motor skills. It also impacts the immune system, endocrine system, heart, and gastrointestinal tract and can result in behavior issues on the autism spectrum.

The team of researchers obtained genetic samples from people diagnosed with ADNP syndrome. In the study, the scientists pinpointed the culprit causing the damage in the ADNP and in another gene, SHANK3 (which is also associated with autism and schizophrenia). These two mutations are estimated to be responsible for 3,000-5,000 cases of autism worldwide, according to Gozes.

Gozes and the other researchers discovered that adding a section to the protein protected it and reduced the damage caused in some of the mutations.

The research team treated test animals with autism with Davunetide, an experimental Alzheimer’s treatment developed in Gozes’s lab, over an extended period. The treatment showed promise, improving the autistic behaviors in the test subjects.