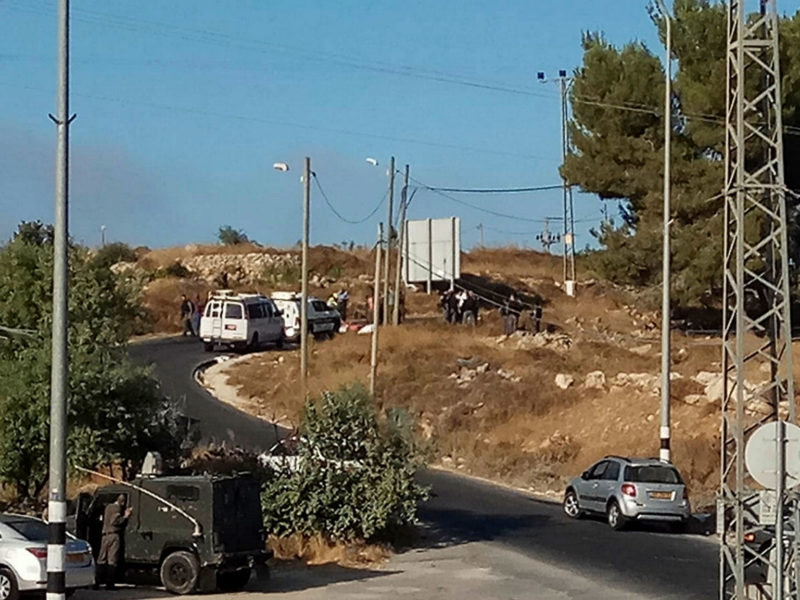 An Israeli soldier on Wednesday night was stabbed to death by Arab terrorists in Gush Etzion.

The victim was identified as Dvir Yehuda Sorek, 19, of Ofra in Benyamin. His grandfather, Rabbi Benyamin Herling, was murdered by Arabs terrorists in a shooting attack near Shechem in Samaria 19 years ago.  He was the son of Yoav Sorek, a well-known journalist.

The IDF stated that the Sorek’s body was found in the early hours of the morning with stab wounds, near the city of Hebron. He was a student at the Machnayim Yeshiva near Migdal Oz and Efrat, and at the first stage of his military service.

His body was found just meters away from the entrance to Migdal Oz and near his yeshiva.

Massive amounts of security forces and police were streamed to the area and launched a manhunt for the terrorist.

It is yet unclear if the soldier was abducted and then killed when the abduction went wrong, or if he was killed immediately.

“This morning we were informed about a harsh stabbing attack. The security forces are currently in pursuit to apprehend the abhorrent terrorist and bring him to justice. On behalf of myself and the government, I send condolences to the family,” Prime Minister Benjamin Netanyahu stated.

This attack occurred five years after and just hundreds of feet away from the scene of the kidnapping of the three Israeli teens Gilad Shaar, Naftali Frankel, and Eyal Yifrach, who were on their way home from school in Gush Etzion on the night of June 12, 2014, when they were kidnapped and murdered.

For just $10 per month you can bring the gospel to 1,000 homes. Join us as media missionaries! GIVE NOW
VIEW COMMENTS
« Israeli Prison Officer Donates Liver Lobe to Jordanian Boy WATCH: Jerusalem’s Destruction and Construction – A Closer Look »