BREAKING
Israel-led Team Solves Mystery Why Lightning Strikes Fewer Times Over The Ocean...
Tourism In The Holy Land Is Soaring Back Up To Pre-Pandemic Highs
Lapid Speaks Directly To Palestinians—Offers Them “Another Way” Out Of The Ongoing...
Home Israel Israeli Soldiers ‘Re-uncover’ Byzantine Convent With Inscriptions And Mosaic Floor

Site had been excavated 20 years ago, then covered up to protect it 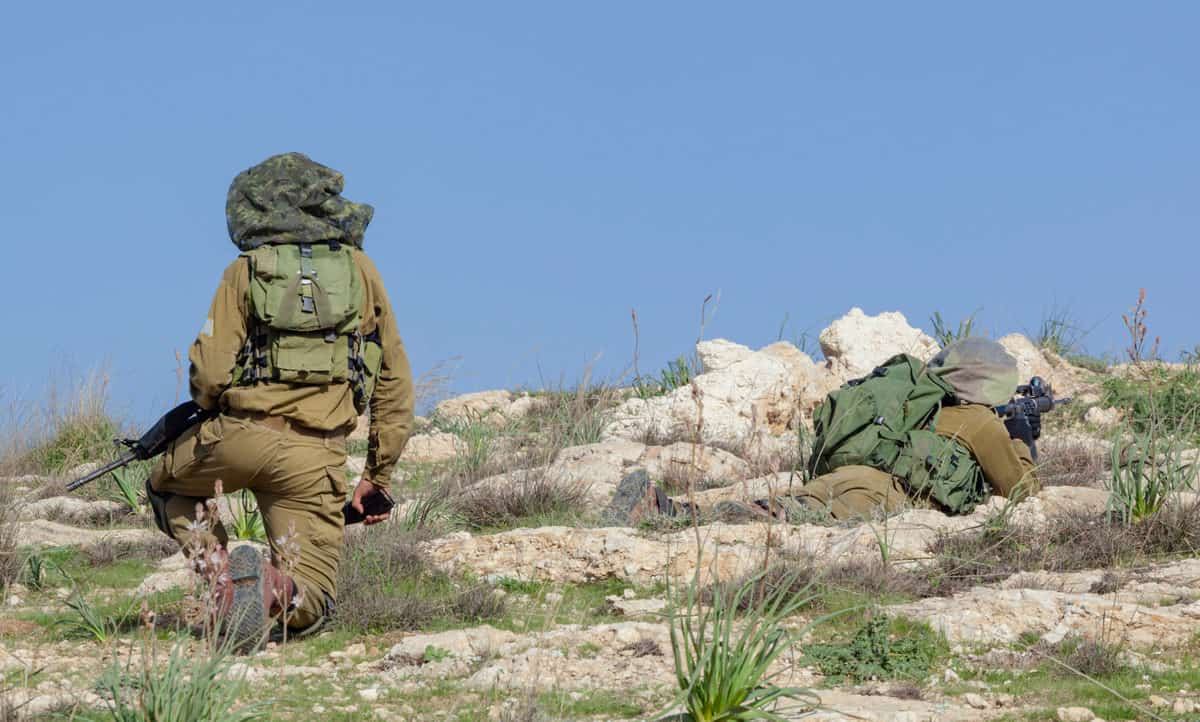 Israeli soldiers have been recruited to excavate the remains of a 1,500-year-old nuns’ convent compound, found in a military zone several kilometers east of Ben Gurion International Airport.

After a small portion of the compound was damaged during army activities, the Israel Defense Forces assigned dozens of soldiers to work alongside the Israel Antiquities Authority for months, at Horbat Hani in the foothills of Shoham in central Israel.

The work was part of an army-educational project labeled “The Nature Defense Forces Project: Officers Take Responsibility for the Environment.”

The convent had been documented already, with previous excavations carried out by Drs. Uzi Dahari and Yehiel Zelinger of the IAA, but was subsequently covered up for protection. It is now visible again, as a result of the joint IDF-IAA project.

“In the original excavation, two buildings were uncovered, one of which was a church paved with a colorful mosaic depicting faunal and vegetal scenes, an entrance hall, the nuns’ dormitories, hermit cells, a tower with rooms and a crypt, an underground burial complex. The other building included a kitchen, a refectory (dining hall) and an inn for pilgrims,” reported Issy Kornfeld, the director of the excavation, representing the IAA.

There is evidence that the convent’s location preserves a tradition linked to women. Dr. Eitan Klein, an IAA archaeologist, suggested that the convent at Horbat Hani may have been set there to honor the burial site of the biblical Hannah, mother of the prophet Samuel.

Hannah was childless and vowed to dedicate her child to the service of God if she were granted her prayer for a son.

“As often in the ancient world, the convent was erected here, commemorating an ancient tradition, possibly of the burial place of Hannah, mother of the prophet Samuel,” Kornfeld echoed.

The original excavation uncovered several female skeletons, possibly of women who wanted to be buried near what they believed to be the sanctified remains of Hannah.

Guy Saly, the director of the IDF Nature Defense Forces Project, said ”the excavation is an example of officers taking responsibility for the environment and carrying out meaningful activity, exposing and conserving the ancient site – archaeologists together with officers and soldiers who are the citizens of tomorrow – thus enabling us to experience and connect with our country’s heritage.”

“The soldiers and the officers enjoyed the hands-on archaeological work, and we hope that the joint activities protecting the archaeological sites will continue in the future,” he said.

IAA director Eli Eskosido also commented on the opportunities provided by the project.

What Is The Palestinian Islamic Jihad And What...