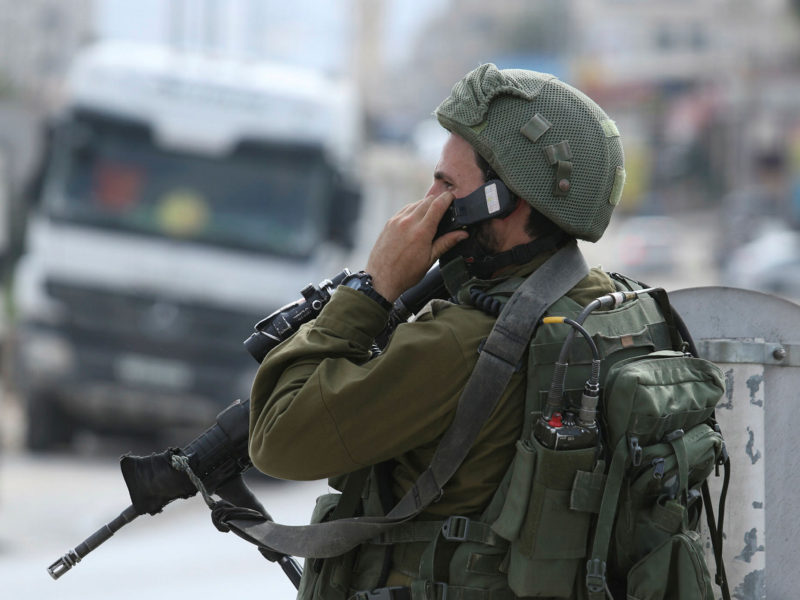 Members of an IDF undercover unit were driving through the city of Shechem (Nablus) in Samaria, which is under full PA control, when they encountered members of the PA’s security service on patrol. The encounter escalated into a gunfight.

No Israelis were injured, while the PA reports that two Arabs were lightly injured.

The IDF stated after the incident that during an operation to arrest terrorist operatives in Shechem, exchanges of fire broke out between IDF soldiers and those identified by the force as suspects.

In retrospect, it turned out that these were members of Palestinian security service.

The event will be investigated, the IDF stated.

The IDF did not state if it was successful in apprehending the terror suspects.

Reports indicate that the armored vehicles that the PA received a few weeks ago with Israel’s authorization were involved in the incident.

The IDF and the PA’s security forces usually maintain a close work relationship. The PA helps the IDF in its fight on terrorism, while the IDF helps the PA maintain its regime and thwarts attempts to overthrow it, specifically by Hamas.

For just $100 per month you can bring the gospel to 10,000 homes. Join us as media missionaries! GIVE NOW
VIEW COMMENTS
« WATCH: Terror Victim Recalls Horrific Moments of Attack, Thanks Rescuers FIFA Launches Investigation Against Head of Palestinian Football Association Rajoub »