Israelis Run Towards, Not Away, from Danger | God TV
Articles 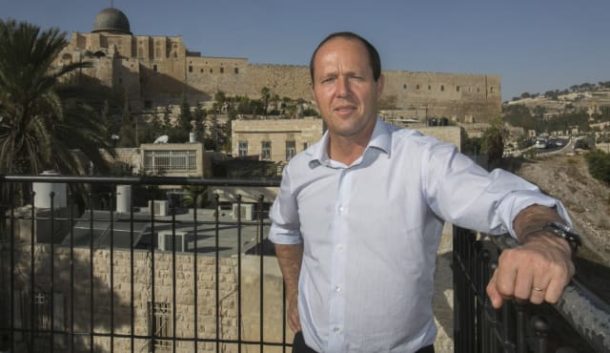 A few weeks ago, I had the opportunity to hear then-Jerusalem Mayor Nir Barkat speak. He talked about the many reasons that Israel is a thriving nation and he talked about how safe it is here. I know for most people around the world with a TV set, they think that we are a nation of Middle Eastern cowboys, shooting terrorists in the streets.

Running to the Terrorist

One of the reasons that we have such a low murder rate is because Israelis are trained to run towards the threat, not away from it. I was reminded of this when reading a news story this morning of a mass shooting in the U.S. Everyone was praising—and rightly so—a man who rushed the shooter.

“Many people are alive because this guy rushed the shooter. I am alive because one guy in a yoga class in his bare feet ran at a shooter. He didn’t run away.” —Foxnews

But for the average Israeli, this is not heroic. This is normal. Listen to Mayor Barkat.

“When it comes to terrorism we have a philosophy of engagement. This is the opposite of what I often hear is the approach in Europe. We believe that by engaging (even if you are putting yourself at risk) you are helping to save lives. On average it takes about 60 seconds to neutralize a terror attack in Jerusalem, and the death and injury caused by attacks are, on average, lower in Jerusalem than anywhere else in the world.” —Nir Barkat, former Jerusalem Mayor

Mayor Puts his Money Where his Mouth is

And he should know! In 2015, the former IDF paratrooper who holds the rank of major, tackled a terrorist after he had just stabbed a religious man in Jerusalem. The man was wildly swinging a knife, when Mayor Barkat left his security detail and pursued the would-be killer. When one of the bodyguards pulled out a gun, the attacker dropped his knife and the mayor dropped him.

Moments later, after the Palestinian knifeman was subdued, Mayor Barkat was seen comforting the man who had been lightly stabbed in his abdomen.

This is second nature for Israelis. In every other country, civilians are told to run from terrorists and wait for the police. But in Israel, where most of our citizens have been through the army, we are taught to stop the terrorist as soon as possible—at all costs. This concept has saved countless lives over the years. Yes, in some cases, the Israeli protector is wounded or killed, but in an overwhelming majority of cases, it is the terrorist who is quickly neutralized. To repeat Mayor Barkat, in Jerusalem the average terror attack only lasts 60 seconds… and that is only because of our policy of engagement.

From the Bath to the Bullets

In 2008, Captain David Shapira was bathing his children when he heard gunshots. He didn’t think twice before grabbing his pistol and heading for the Yeshiva (school of religious students) from where the shots were coming. Because he had graduated from that very Yeshiva, he knew the layout.

When he arrived, two police officers tried to keep him from entering, because they did not know from where the terrorist was firing. Shapira entered anyway. He quickly identified the source of the shooting and opened fire, killing the terrorist and saving lives.

In the same year, an East Jerusalem Arab construction worker turned his bulldozer into a weapon of terror. He went on rampage, turning over a bus and ramming several cars. He was shouting “Allah hu Akbar” – God is Great – as he wreaked havoc in Jerusalem.

When the bulldozer stopped for the first time, three Israelis jumped on board.One was an armed civilian, Oron Ben Shimon, and began to struggle with the attacker, trying to get his foot off of the accelerator. He shouted to one of the others, 20-year-old Moshe Plesser, a new IDF recruit, to shoot the terrorist. He grabbed Oron’s gun and neutralized the terrorist, saving God knows how many lives. The entire episode lasted just a few minutes, but without the Israeli civilian effort, it could have gone on much longer and many more could have died.

Those are just three examples of the Israeli mentality when it comes to stopping terrorists. It goes against human nature and every instinct to survive. But it is drilled into the Israeli psyche. So for many, it is second nature.

I love living in a country where I know my fellow Israeli has my back.

For Updates on Israel and the Middle East, sign up for the Israel Insider E-Newsletter

For just $100 per month you can bring the gospel to 10,000 homes. Join us as media missionaries! GIVE NOW
VIEW COMMENTS
« Hamas, Islamic Jihad Say Ceasefire Reached They Were Weeping Their Abortions, Not Shouting Them »