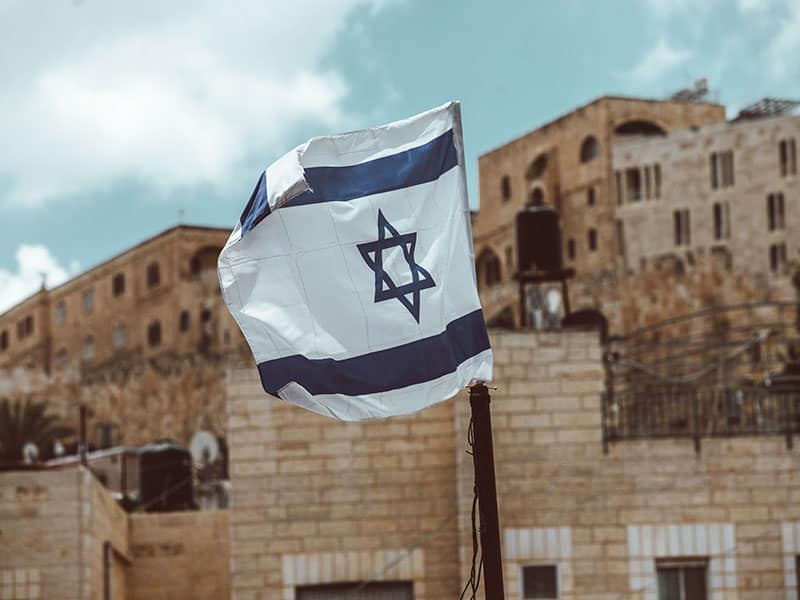 On Tuesday, the 25th Knesset was sworn in as a decidedly right-wing coalition steps up to take the reins of government under returning Prime Minister Benjamin Netanyahu. President Isaac Herzog urged Israel’s 120-member legislative body to remember those in the minority and to maintain the balance of power between the branches of government.

To return to power, Netanyahu has aligned himself with three right-wing or ultra-right-wing parties, one of which has been a source of concern for Israel’s minority groups as well as most ordinary citizens—it also has alarmed US officials and our Arab neighbors. President Herzog cautioned the Knesset to not lose its way and forget to represent all Israelis.

“You, the public’s elected representatives, must give this your consideration and keep them in your sights, too,” Hertzog said, in a rare public admonition, reflecting the concerns of many Israelis.

The incoming coalition also has plans to diminish the authority of Israel’s Supreme Court by nullifying court decisions through a parliamentary vote—a scenario that could jeopardize the voting rights of minorities, such as Israeli Arabs.

“We must strictly safeguard these important foundations—(the) limitations on power and authorities that are separated and balanced,” Herzog cautioned.

Bezalel Smotrich, the leader of Religious Zionism and a key part of Netanyahu’s coalition, urged his colleagues to “ensure a government is quickly established” which will “implement right-wing policies which will bring about change.”

Avigdor Liberman, head of the Yisrael Beytenu party (now part of the opposition), had some heated words to say about Netanyahu’s incoming coalition. He called them “anti-Zionists who are trying [to] formalize the status of draft dodgers. It’s unacceptable that our children are going to have to protect a segment of society, not to mention finance them. When rabbis say who will be the defense minister and are calling for Supreme Court override law, we are talking about [an] ayatollah regime in blue and white (Israel’s flag colors).” It’s a controversial subject in Israel that the ultra-religious young men and women are exempted from military service.

On Sunday, Herzog tasked Netanyahu with officially forming a government. Between the 32 seats that Likkud won in the election, along with the seats belonging to Religious Zionism, Shas, and United Torah Judaism, Netanyahu appears to have a clear path to a 64-seat majority in the 120-member Knesset.

While it’s chances are slim, there is another possibility as Bibi wrestles with appeasing the far-right nationists and the rest of the population and world leaders. It’s been referenced several times this week that Likud leaders have been meeting with leaders of Yair Lapid’s Yesh Atid about a national unity government. While Lapid and Benny Gantz have declared in the past that they will not work with Netanyau—not because they don’t agree with his politics, but because they do not trust him—to prevent extremeists from actiully being in an Israeli cabinet, they may be willing.

The question is, is Netanyahu willing? By having this narrow coalition with far-right extremists, he has enough votes to pass a law that would keep him from going to jail even if he is convicted in the three corruption trials in which he finds himself at this moment. That’s a pretty heavy incentive—not going to jail! But it’s also a personal incentive, and many are hoping that he puts the nation ahead of his own affairs.

Assuming that plan fizzles, the main question now is who will fill the key positions in Netanyahu’s cabinet.

Late this week, Netanyahu canceled his meeting with Smotrich and supposedly told him “no” to the Defense portfolio, after the Biden administration reportedly put pressure on Netanyahu.

Smotrich was interested in the assignment because the governance of the West Bank—biblical Judea and Samaria—are under the authority of the Israeli military.

The US State Department sent word through US Ambassador to Israel Tom Nides (who I met last week in Jerusalem! Very warm and friendly gentleman) on Monday, telling Netanyahu that appointing leaders on the “far right” could be detrimental to security matters.

Smotrich and his faction support expanding Israel’s presence in the West Bank. Religious Zionism issued a statement in response to the US “cautioning” Netanyahu, saying the group “has a lot of respect and appreciation for our US ally, but the Biden administration should also respect Israeli democracy and not interfere in the establishment of an elected government. A sovereign nation cannot agree to foreign dictates that would endanger Israel’s security and harm Jewish settlement in Judea and Samaria,” the statement said.

Aryeh Deri, the head of the Ultra-Orthodox Shas party head Aryeh Deri is being considered for the head of Finance (or Defense) even though he has twice been convicted for financial crimes.

Netanyahu himself is still on trial for multiple counts of fraud.

Netanyahu has 28 days to form a coalition and can request a 14-day extension. If he succeeds, his government will be the most right-wing and religious government in Israel’s history.