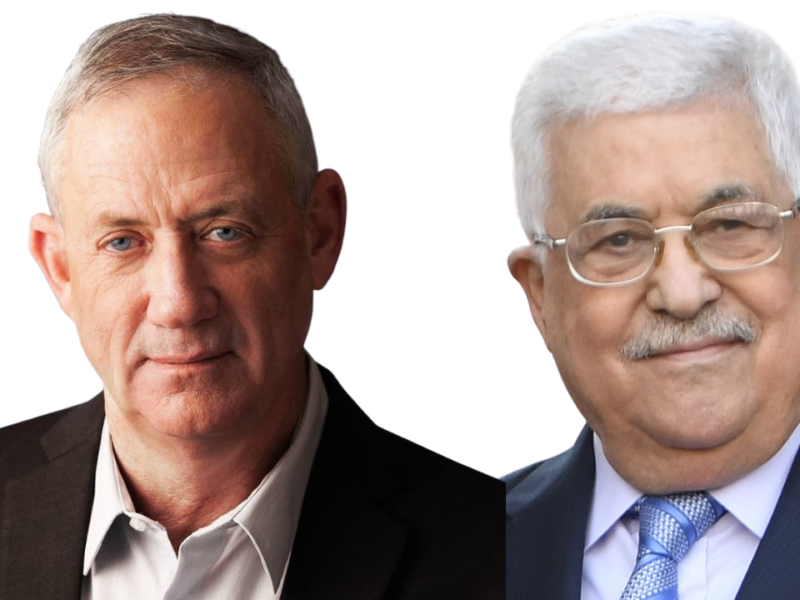 While Bennett and Biden did discuss the Palestinian conflict, the Prime Minister was firm that he is not in favor of Palestinian statehood. However, he did promise to aid the struggling PA government and economy.

According to a statement from the defense minister’s office, Gantz, Abbas, and top officials met for two rounds of discussions related to security, diplomacy, economics, and civil affairs. “Gantz told (Abbas) that Israel is ready for a series of measures that would strengthen the PA economy.”

The economy of the West Bank (Biblical Judea, Samaria, and Gaza) appears to be on the verge of collapse. Coronavirus has devastated the revenues in the West Bank; the economy there shrunk 11.5% in 2020. Also, Arab and international aid has all but dried up—going from $300 million in 2019 down to $30.2 million in 2021.

The bulk of the PA budget is derived from revenue. Israel actually collects on behalf of the Palestinian Authority in the West Bank, known as “clearance revenues.” However, authorities in Ramallah pay stipends to “martyrs” and their families, those who are in prison for or who died trying to harm Israelis. A 2018 Israeli law allows Israel to confiscate from the “clearance revenues” the amount equal to what Ramallah pays in salaries to these terrorists and their families. In 2020, that amount was roughly $186 million.

As a goodwill gesture on Monday, Gantz announced a half-billion shekel loan to the Palestinian Authority to shore up the economy.

“Neither we nor the Palestinians are going anywhere tomorrow morning,” Gantz said. “I came to the meeting to build trust and safeguard the interests of the State of Israel, and to strengthen important ties with the Palestinian Authority.”

To better understand Israel and Gantz’s strategy with Abbas and the PA, you have to keep in mind the recent 11-day war between Israel and Hamas in Gaza. Abbas has been in power a long time, and many Palestinians are frustrated with his leadership and corruption. Hamas is trying to win the people’s loyalty in the West Bank, and rather than running campaign ads, they shoot missiles at Israel to show how tough they are. Right before the war in May, the PA was set to have their first election in over a decade, but Abbas canceled it because he could see he didn’t have the votes to remain in office.

Gantz said Israel hopes to shore up Abbas and the PA and therefore weaken Hamas and, thus, hopefully, lessen the need for Israel’s defense forces to act in Gaza.

Hamas immediately lashed out at Abbas after the meeting with Gantz, calling the discussions a “dangerous development” and a “stab in the back” to the Palestinians.

Gantz and Abbas also spoke about how to handle the thousands of Palestinians who lack official documentation. The two men also discussed ways to streamline the tax system for Palestinian businesses that buy products from Israel to make it cheaper and easier. Israel also opened the way for an additional 15,000 Palestinians to work in Israel and approved more construction projects in the West Bank “Area C” region.

Gantz and Prime Minister Bennett both emphasized that this was not a diplomacy meeting, and no attempts are being made to reopen peace negotiations or create a Palestinian state.

For just $100 per month you can bring the gospel to 10,000 homes. Join us as media missionaries! GIVE NOW
VIEW COMMENTS
« Seven Trumpets Garden Of Eden Is A Garden Of Delight Or Pleasure »