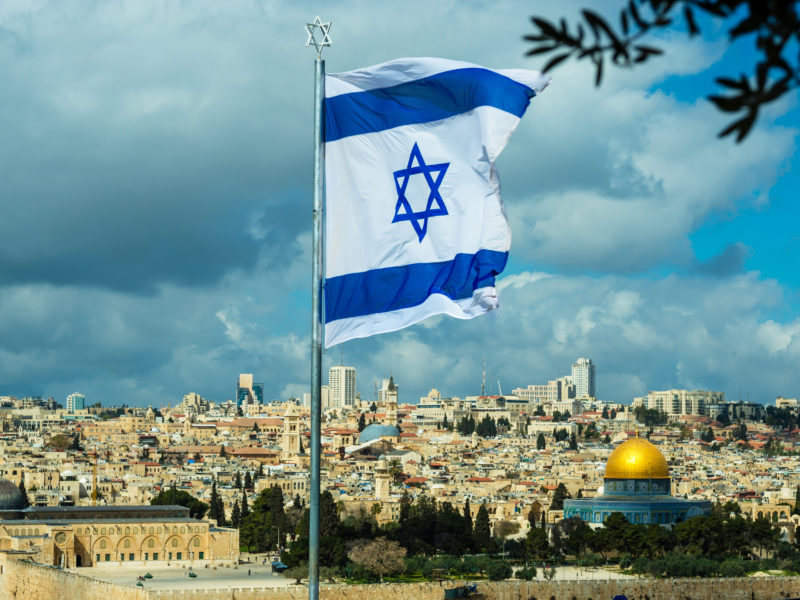 Israel’s Ambassador to the US and the United Nations Gilad Erdan made his first official diplomatic visit in the US this week and met with leaders of the African-American community in South Carolina and Alabama.

Erden visited historic sites of importance to the African-American community and met with community leaders.

Erdan made a statement on Tuesday night on the Edmund Pettus Bridge on which Martin Luther King and John Lewis marched as they led the fight for equal rights.

“When I looked into the eyes of the people whose ancestors suffered as slaves right here and listened to their personal stories, I felt their pain, and today I understand their struggle better,” Erdan stated.

“The connection between Israel and the African-American community must be strong and close and can have tremendous significance for the fight against racism and anti-Semitism. I will work to continue to strengthen this connection,” he declared.

During his trip, Erdan visited the city of Charleston, South Carolina, and the plantations where black slaves were subjugated.

Erdan then continued to Alabama, where he visited the Edmund Pettus Bridge in the city of Selma, the Rosa Parks Museum, and the Dexter Avenue Baptist Church, where Martin Luther King delivered his sermons.

At the Rosa Parks Museum on Tuesday, he said he was “truly inspired to hear how one woman’s steadfast courage helped spark an entire movement for change.”

Ivey said that she had “the distinct honor of hosting” Erdan.

“He is on a learning tour and will visit many of Alabama’s historic sites. As a Jew whose family was lost in the Holocaust, he is focused on civil rights of all people. Shalom, Mr. Ambassador,” she said.

She told him that her trip to Israel several years ago was “most memorable, and my Christmas and Easter celebrations have more meaning than ever.”

Scott stated that “it was great” to have Erdan in Charleston for a Black History Month visit.

“I am proud to share the rich history of the Palmetto State and the important lessons we’ve learned,” he said.

“I look forward to working with Ambassador Erdan soon!” he added.

For just $100 per month you can bring the gospel to 10,000 homes. Join us as media missionaries! GIVE NOW
VIEW COMMENTS
« Pharrell Williams Describes His Experience With The Tangible Presence Of God Israel’s Mobileye, France’s Transdev ATS Team Up to Deploy Autonomous Shuttles by 2023 »