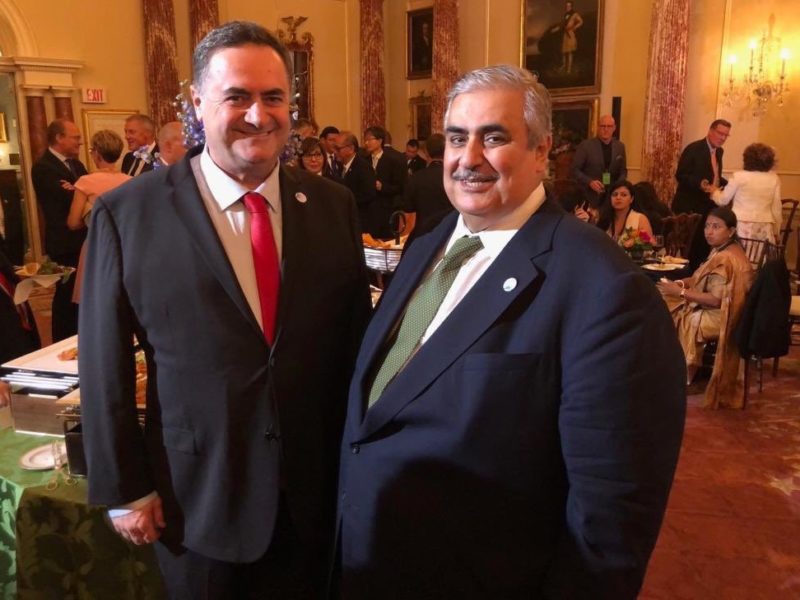 Israel’s Foreign Minister Yisrael Katz congratulated Bahrain on its independence day, expressing his hope that the “sons of Abraham” will lead to peace.

In a message posted on Twitter in Arabic on Tuesday, Katz congratulated “the Bahraini people and my friend, Foreign Minister Khalid bin Ahmed Al Khalifa” on their 48th independence day.

“I hope that God will endow Bahrain with goodness, blessings and prosperity, and I hope that our shared heritage, that of the sons of Abraham, will lead to peace between our countries,” he stated.

“I look forward to seeing my friend the Bahraini Foreign Minister soon again,” he added.

Katz met publicly with al-Khalifa at the State Department in Washington in July.

Israel’s ties with several Arab countries have significantly advanced in recent years, openly and covertly, as shared strategic interests, and primarily confronting Iran’s advent in the region, have brought both sides to the same table.

Katz in September that he was under the impression that there “is a historic opportunity to develop relations with them [Arab countries]. This is because of the shared view of the threats and the recognition of Israel’s assets, in intelligence and security and civilian areas alike.”

Al Khalifa, in his first-ever interview with the Israeli media in June, stated that “Israel is a country of the Middle East. Israel is part of the heritage of this whole region. The Jewish People have a place amongst us. The Israeli public needs to trust that there are countries in the region that do want to have peace and do encourage the Palestinians to do it.”

For just $100 per month you can bring the gospel to 10,000 homes. Join us as media missionaries! GIVE NOW
VIEW COMMENTS
« Guard Your Lips: Don’t Say A Word Before You Think In First, Israel Facilitates Export of Strawberries from Gaza to UK, Gulf States »