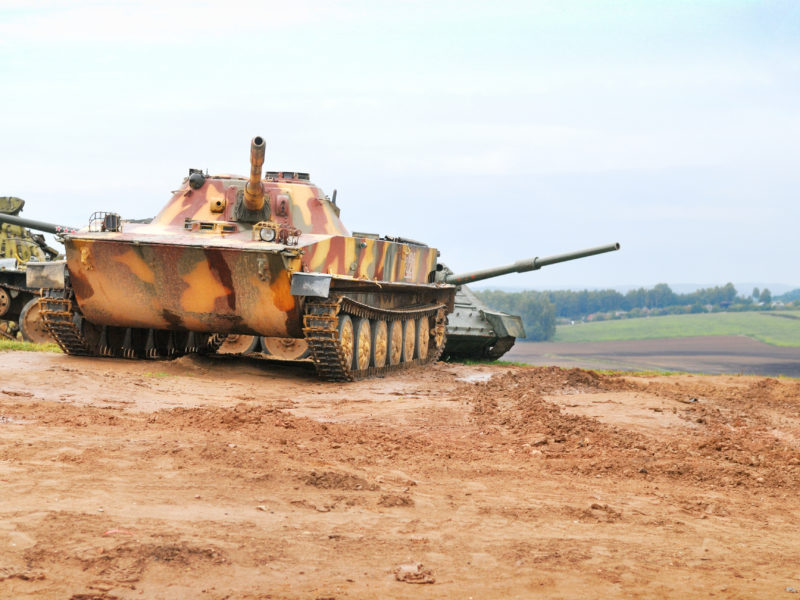 It can locate the fire source, enabling the crew to return fire effectively with the Samson 30 Remote Weapon System (RWS), or by interfacing with other fighting platforms through the control network.

The TROPHY is used on the IDF’s Merkava Mark 3 and 4 tanks and Namer APCs and was selected by the US Army to defend the Abrams tanks in 2017.

With over 500,000 operational hours, it is the only APS that has already saved lives. It proved very useful during Israel’s Operation Protective Edge in the Gaza Strip.

Israeli Defense Minister Benny Gantz stated that “once again, we see the appreciation and respect that leading security bodies around the world have for Israel’s innovation and technology.”

Like many other Israeli developments, the Trophy system, known as the “windbreaker” in Hebrew, is “first and foremost a life-saving means and a product of the groundbreaking thinking of the defense industry, which is a significant factor in strengthening Israel’s security position,” Gantz said.

Colonel Jürgen Schmidt, head of The Federal Office of Bundeswehr Equipment, Information Technology and In-Service Support (RAAINBw), stated that the Gernab army “looks forward to implementing the excellent ‘windbreaker’ systems that will protect our Leopard 2 tanks.”

For just $100 per month you can bring the gospel to 10,000 homes. Join us as media missionaries! GIVE NOW
VIEW COMMENTS
« 12 Significant Challenges For The Conservative Church Israel Donates COVID-19 Vaccines to PA, European and Latin America Countries »