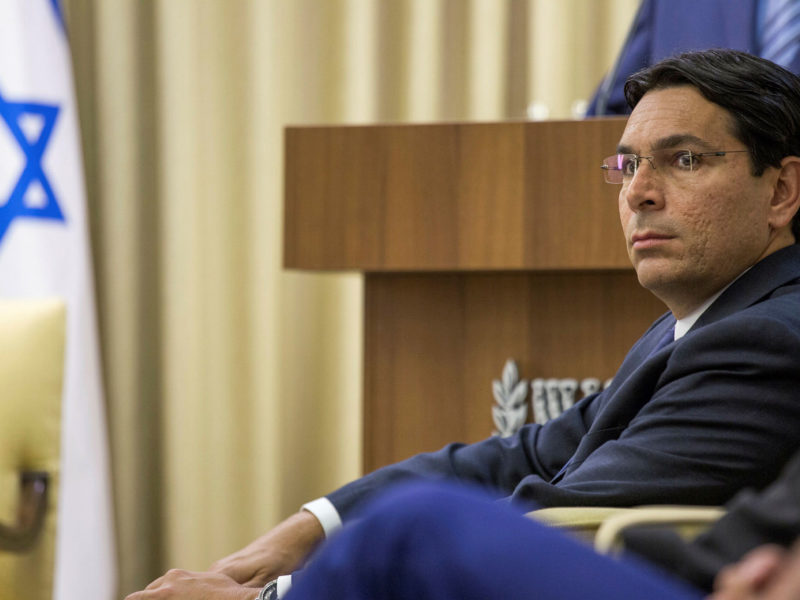 Israel’s United Nations ambassador Danny Danon has accused Hagai El-Ad, the head of the B’Tselem human rights NGO, of “collaborating with Israel’s enemies” after he said he would speak to the Security Council later this week to discuss “reality in the territories.”

Bolivia’s Ambassador to the UN, Sacha Llorenti, this month’s rotating president of the UN Security Council invited El-Ad, to address a quarterly debate on the Middle East as a civil society representative. The debate will include an overview of the current situation in the region by UN Special Coordinator for the Middle East Peace Process, Nickolay Mladenov, as well as speeches by Danon, Riyad Mansour and United States Ambassador to the United Nations, Nikki Haley, who will be participating in the quarterly review for the final time before leaving her post by the end of the year.

“B’Tselem, which has already proven that it cooperates with Israel’s enemies, is now working with a country that has called IDF soldiers ‘murderers,’” Danon said in a statement. “This is a shame and a disgrace for the organization. It is also crossing a red line for foreign countries with anti-Israel agendas to finance and invite this organization to deliver ‘testimony’ against us.”

“Therefore, in this discussion, we will expose not only the lies and incitement of the Palestinians, but also those of Hagai El-Ad and B’Tselem. We will continue to defend Israel and the truth,” he added.

El-Ad rejected Danon’s accusations, saying “it is easy to come up with lies and vilifications, but I haven’t seen anything we said refuted.”

El-Ad has spoken previously before the Security Council, but not in an official capacity. In 2016, speaking before the Council, he accused Israel of perpetrating “organized state violence” and said it had “systematically legalized human rights violations in the occupied territories.”

For just $100 per month you can bring the gospel to 10,000 homes. Join us as media missionaries! GIVE NOW
VIEW COMMENTS
« Hebron To Get First New Jewish Neighborhood In 20 Years Seven Ways Nikki Haley Blessed Israel »