It's Time for God's Lions to Roar | God TV
Faith 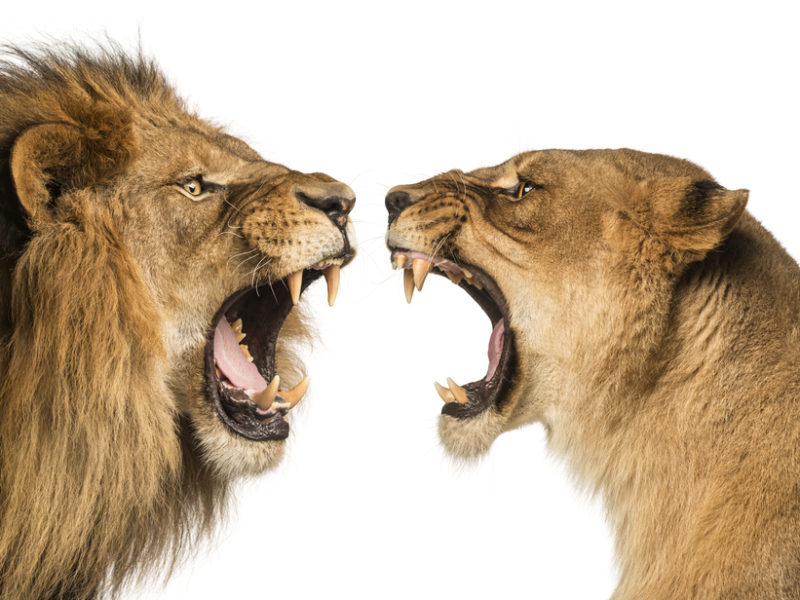 I was recently awakened by the Lord early one morning while ministering in PA. The Lord spoke to my heart that it was time for His lions to roar. He said, “Where is the roar of my lions?”

I asked, “Lord what do you mean?” He answered, “My people are perishing for lack of knowledge. They have lost their will to fight. Culture, fear and exhaustion has taken their roar away. They must be awakened and realize that they are called to be voices of truth that carry freedom in the hearts and fire in their spirits.”

I began to weep before the Lord. I realized that I too had become quiet. He went on to say, “Tell my lions to roar once again!”

Friends, I was shaken to my core. I stood in my hotel room praying and crying out for over an hour. Then, I felt stirred to research why it is that lions roar. I was astonished to learn the following;

“Lions roar to tell other lions where they are, to show how big they are and to warn lions from other prides to keep away from their home territory. They do this mostly just before sunrise and sunset when they are most active.” Did you catch that? The roar is to let other lions know that this is their territory. The Bible refers to Satan as a lion who is on the prowl.

“Be alert and of sober mind. Your enemy the devil prowls around like a roaring lion looking for someone to devour.” (1 Peter 5:8 )

The Bible says over and over that the fire of the altar is to be lit morning and night (Lev. 6:12-13, Ezra 3:4). My wife, Karen and I actually write about this in our book, “Rebuilding the Altar.” Imagine what would happen if we spent mornings and evenings praying?

Our roar would tell the enemy to keep away. Maybe you have been quiet because somewhere along the way you became weary, exhausted or simply lost hope. You are not alone. That day is over. I believe that God is about to awaken and use those that have been silent for too long.

We must pray and cry out for the lost, the hurting and deceived. I want to challenge you to arise and lead. Our lives must once again kneel at the Cross where our authority was won. Your authority over Satan always begins with submission to Jesus.

God is calling us to do what James 4:7 says, “Submit yourselves, then, to God. Resist the devil, and he will flee from you.” We need your voice to be heard. Proverbs 28:1says, “The wicked run away when no one is chasing them, but the godly are as bold as lions.”

I want you to know that God has called us all to be His voice of freedom to a hurting world. We must start a revival of the remnant!  We carry within each of us the Spirit of the Living God. The lion with the loudest roar always wins. Jesus is the Lion of the Tribe of Judah!

His roar shuts the mouth of the enemy! I challenge you to listen to the powerful new message from Karen called, “Faint-Heart!” This message has transformed many lives already.

God has called you to take courage! Will you answer the call? I recently told our staff that the only thing that separates those that have answered the call of God and those that haven’t is the word YES! This is your now!

For just $100 per month you can bring the gospel to 10,000 homes. Join us as media missionaries! GIVE NOW
VIEW COMMENTS
« WATCH: Jerusalem Encounter hosted by The Fellowship of Israel Related Ministries (FIRM) Miss Universe Contender Stopped Wearing Bikinis after Receiving Conviction from God »