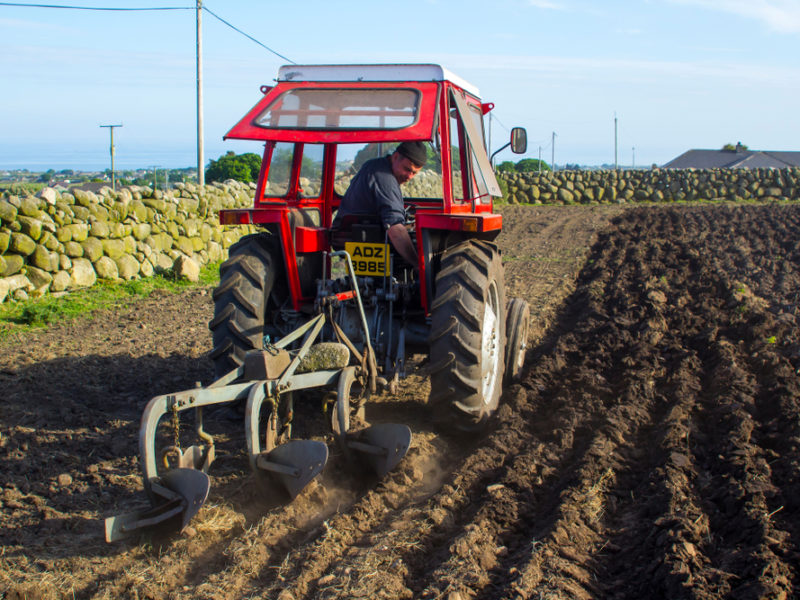 I’ve been challenged in this new year already. Those who have been around me are aware that God spoke an unusual word to me as a word of focus for the year. The word He spoke to me was “Deficit”. I initially saw this in conflict with what God had previously shown me as what the new year would bring. As the year 2019/5779, the emphasis on the 9 being identified as a year of birthing, outpouring of oil and anointing, and continued emphasis on justice, I could not make sense of the word until God directed me to its definition.

As God began to reveal to me that the word deficit was not in conflict with what He had previously spoken to me, I began to understand that it was an acknowledgement that God had to have a part in the process to move us from where we are to where He would have us to be. If God is going to move us in to a season of birthing [fruitfulness], we cannot rely on our own strength because it is more dynamic than what we have previously experienced.

If God is going to pour out a new wine or oil upon us, it won’t come out of our own efforts. It will take God’s involvement. If we are going to see greater justice, God is going to have to show us in greater measure what His brand of justice is because we’ve been so used to our own view of what it means to mete it out.

It’s time to move things out of the way

This week, God spoke another word to me which helped in part bring a bit more clarity what the beginning process will look like. God showed me a plow. It doesn’t really matter whether it is a snow plow or the plow of a farmer. What God wanted me to see was that this plow was moving things out of the way. He said that the plow represented the initial work or labor that we are being called to perform. The plowing we are to do is a clearing of the pathway for God to then come in to do what He desired to do without hindrance.

For some, plowing or clearing the way means de-cluttering or removing things that will distract you from receiving what God wants to release. Plowing is a means of preparing the ground to receive seed. Seed is necessary to planting growing for a harvest. Yet, if the ground has not properly been prepared to receive the seed, the potential of the harvest is greatly threatened. God does not want His Harvest threatened. What He wants to see unfold has to be as He sees it and He needs us to prepare the way.

God spoke to Isaiah in Isaiah 40, telling him to speak a word of comfort to the people of Israel about the end of their suffering. He said in the third verse, “Prepare the way of the Lord, make straight in the desert a highway for our God.” In the New Testament, we find that John the Baptist was such a voice crying in the wilderness, preparing the way for Christ. When Christ came on the scene, those He ministered to and discipled were as a seed sown of the harvest God was after. There is an End-Time harvest to be seen. We have an opportunity to prepare the way for Christ’s Second Coming by clearing the path for Him. This is what I believe the beginning part of this year will be.

For others, plowing or clearing the way is not so much de-cluttering or removing of distractions. Instead, it will be about removing old thoughts or ideas about how God wants to do things. There are many who have not received the revelation of who God truly is or what His big really looks like, and these old ways will stifle God’s ability to release the new wine, the oil and anointing. Old ideas of what Justice looks like won’t feel comfortable or seem much like justice if we continue to have ideas of punishment or conviction. God is not a God who desires loss of what He called or saw as good. There is always a heart of redemption where God is concerned.

Those who will commit to plowing through and clearing out will position themselves for what God is desiring this year to be. If you want to see your deficits removed by God’s desire to make up the difference; if you want to see the outpouring of the oil, the new wine and anointing; if you want to see God’s perfect justice unfold, you must plow through, making a clear path for God to do what He wants to accomplish. While His strength is made perfect in our weakness, we must yield that weakness to Him. Plow through in the start of this year and see the full harvest come forth.

For just $100 per month you can bring the gospel to 10,000 homes. Join us as media missionaries! GIVE NOW
VIEW COMMENTS
« Believe God’s Promises Over Your Life You Believe In Your Computer, Smart Phone And The Cloud, But What About God? »