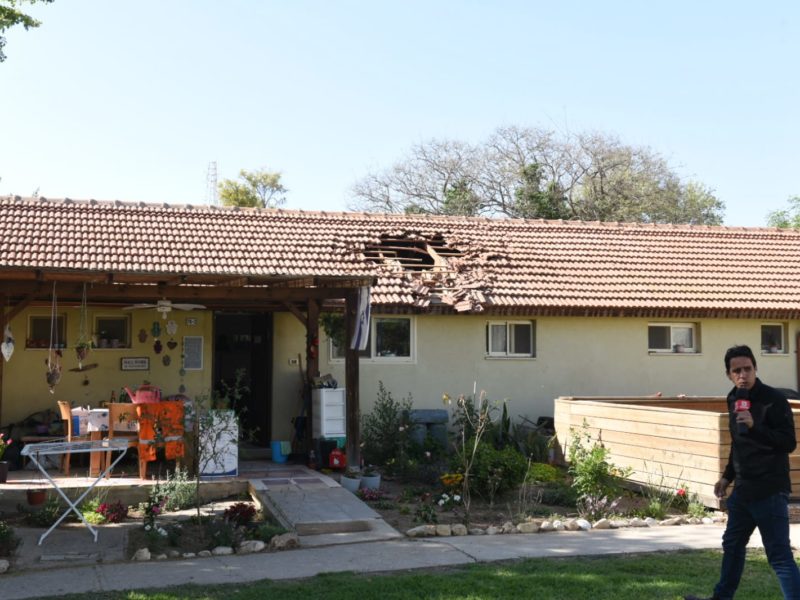 Israeli residents throughout the south have been under constant attack by Hamas and Islamic Jihad terrorists who have been launching rockets at cities and towns since Saturday morning.

Schools have been shut down, work has been limited, and Israel’s citizens are again facing a reality in which their homes have become a battleground.

Shimon Salomon, director of the Kfar Silver Youth Village and a former Member of Knesset, described a frightening situation in which explosions are continuously heard, caused by incoming rockets and their interception by the Iron Dome defense system.

Some 200 students were present at the youth village on Saturday morning when the Gaza-based terrorists fired the first barrage at Israel. A rocket exploded at the entrance of the village, just dozens of yards away from the students, who had just finished their breakfast.

The students, many of whom had experienced previous attacks, ran for shelter.

“It’s not a simple situation, there is a lot of stress,” Salomon shared, noting that several of the students are new immigrants and are not used to such extreme incidents.

He said that the students have yet to exhibit anomalous or irregular behavior following the latest attacks, but that previous incidents did see students fainting or showing other signs of distress.

The students undergo training for such situations and receive counsel and treatment when needed to address the strain they experience during these traumatizing events.

The majority of the students were sent home Sunday morning, while some 80, who do not have families in Israel, stayed behind, close to shelters.

“It’s a maddening thought,” Salomon said. Israel will mark its Memorial Day on Wednesday and celebrate its Independence Day on Thursday, and yet “we sit here like ducks, waiting at home. This thought does not leave me.”

He called on the government to deal the terror groups a significant blow.

“My children are constantly crying, it’s an intolerable situation. Why should the children grow up shadowed by such a threat?” he said.

Sapir Daddon, a university student from Kiryat Gat, encountered the rocket fire late on Saturday. She said she had heard the rocket explosions earlier in the day, but the rockets fell in her city only later on.

Two rockets hit the city, seriously wounding an 80-year-old woman and hitting another house, in which no one was injured. She lives only three minutes away from that home.

She said she took shelter in the building stairway during the attacks because her house does not have a safe-room. The family whose home took a direct hit was not sure if to heed the alarm, but the mother urged the family to enter the shelter and saved their lives.

Daddon, 25 years old, has essentially grown up into this reality of violence. She has been experiencing such attacks from Gaza since 2012. She says this has conditioned her to develop a sort of callousness, while the constant fear still remains.

Relating to the upcoming holidays, she said it was an “inconceivable” situation, a sense of collision between the holidays’ solemnity and the insanity generated by the rocket fire.

“I hope everything settles beforehand,” she said.

For just $100 per month you can bring the gospel to 10,000 homes. Join us as media missionaries! GIVE NOW
VIEW COMMENTS
« Is The Quick Fix Of Lust Worth Wrecking Your Life Over? Controlling Anger »