Why Is Evolution Still Being Taught As Fact When So Many Scientists Dispute Darwin? | God TV
Video 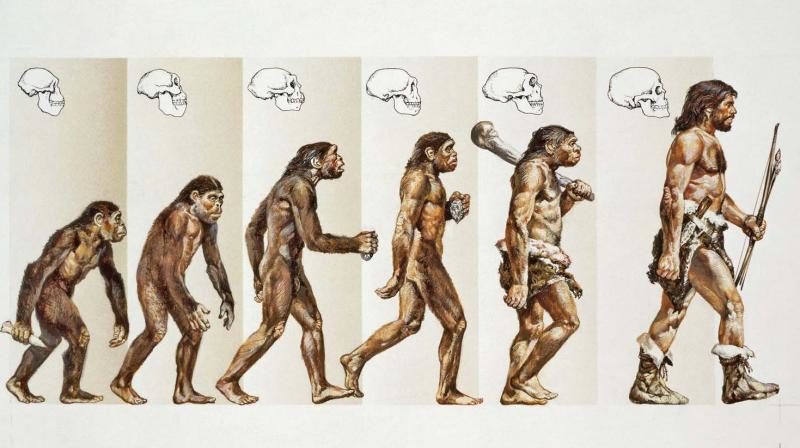 The founder of the theory of evolution, Charles Darwin has been described as “one of the most influential figures in human history” and he is buried in Westminster Abbey in London. His statue (pictured) stands in pride of place in the main hall of the Natural History Museum in South Kensington. However there is a growing number of scientists who believe it’s time to take another look at Darwin’s claims.

Darwin published his book, On the Origin of Species in 1859 which is considered to be the foundation of evolutionary biology. Since then there has been countless advances in science and technology, yet many people still hold to the theory that man descended from apes. Now, the website A Scientific Dissent from Darwinism lists more than 1000 scientists who are skeptical of Darwin’s claims concerning the ability of random mutation and natural selection to account for the complexity of life and they are recommending careful examination of the evidence for Darwinian theory.

“During recent decades, new scientific evidence from many scientific disciplines such as cosmology, physics, biology, ‘artificial intelligence’ research, and others have caused scientists to begin questioning Darwinism’s central tenet of natural selection and studying the evidence supporting it in greater detail,” the website states.

“Yet public TV programs, educational policy statements, and science textbooks have asserted that Darwin’s theory of evolution fully explains the complexity of living things. The public has been assured that all known evidence supports Darwinism and that virtually every scientist in the world believes the theory to be true.

“The scientists on this list dispute the first claim and stand as living testimony in contradiction to the second. Since Discovery Institute launched this list in 2001, hundreds of scientists have courageously stepped forward to sign their names.

“The list is growing and includes scientists from the US National Academy of Sciences, Russian, Hungarian and Czech National Academies, as well as from universities such as Yale, Princeton, Stanford, MIT, UC Berkeley, UCLA, and others.”

“For since the creation of the world God’s invisible qualities—his eternal power and divine nature—have been clearly seen, being understood from what has been made, so that people are without excuse.” (Romans 1:20)

If you are a scientist who believes the truth of God’s Word, add your name to the Scientific Dissent From Darwinism list.

For just $100 per month you can bring the gospel to 10,000 homes. Join us as media missionaries! GIVE NOW
VIEW COMMENTS
« Bible Study Tools – The Bible In One Year On YouVersion Offers Amazing Heavenly Direction! Impacting The 7 Mountains Of Culture: A New Move of God »