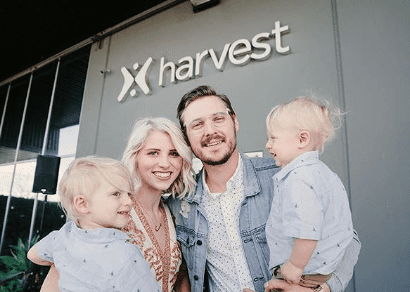 Pastor at Harvest Christian Fellowship and founder of Anthem of Hope, Jarrid Wilson, has spoken out and created the #GreatJoys movement in response to Alyssa Milano’s most recent abortion celebration story.

The Holywood Reporter recently released a portion of the transcript of Alyssa Milano’s podcast, “Sorry not sorry”, where she shared her reasoning behind her two abortions when she was in her 20s, “… my life would be completely lacking all its great joys,” Alyssa Milano shared. “I would never had been free to be myself — and that’s what this fight is all about: freedom.”

Following the statement implying that those two lost children would not have been considered a “great joy” in her life, Jarrid Wilson retweeted her statement with a response to prompt others to post a picture of their children with the hashtag #greatjoy.

Everyone should post a picture of their kids and use the hashtag #greatjoys https://t.co/GDRHRXa8Y6 pic.twitter.com/0ocQ33wGGP

Jarred shared in an interview with Faithwire, “I believe our world needs to stop treating them that way [as a burden]”,  “Whether she wants to admit it or not, she now has two children in heaven whom she will never experience the joy of parenting.”

“Is choosing abortion unforgivable?” the pastor continued. “Not at all. But I believe Alyssa’s views on the subject to be both harmful and mentally disturbing.”

“I don’t know Alyssa personally,” Wilson said, “but I’m praying she really thinks about the totality of what she’s saying on public platforms, especially in regards to situations that encompass the reality of life and death.”

Children should be celebrated

Wilson continued, “I don’t hate Alyssa, I want nothing but the best for her, her family, and her career. But I would encourage her, in love, to really re-think the impact her words may have on other people.”

“Children should be celebrated,” Wilson said, “not looked down upon.”

Many other influential Christians have stepped up and created positive alternatives and opportunities for people to choose life. One of which is Ashley Bracher, star of the recent faith-based film “Unplanned”. She recently developed a pro-life scholarship for expectant mothers.

The pro-life film is still making waves and acting as a voice for the voiceless. If you haven’t seen the film yet, it comes highly encourahed! And if you have, check out the DVD that was just released with bonus features like interviews with Abby Johnson, the making-of featurettes, deleted scenes and trailers and more! 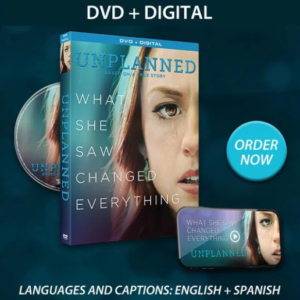 For just $10 per month you can bring the gospel to 1,000 homes. Join us as media missionaries! GIVE NOW
VIEW COMMENTS
« Gordon Robertson: From Lawyer To Leader Of Christian Organization We Are Salt »