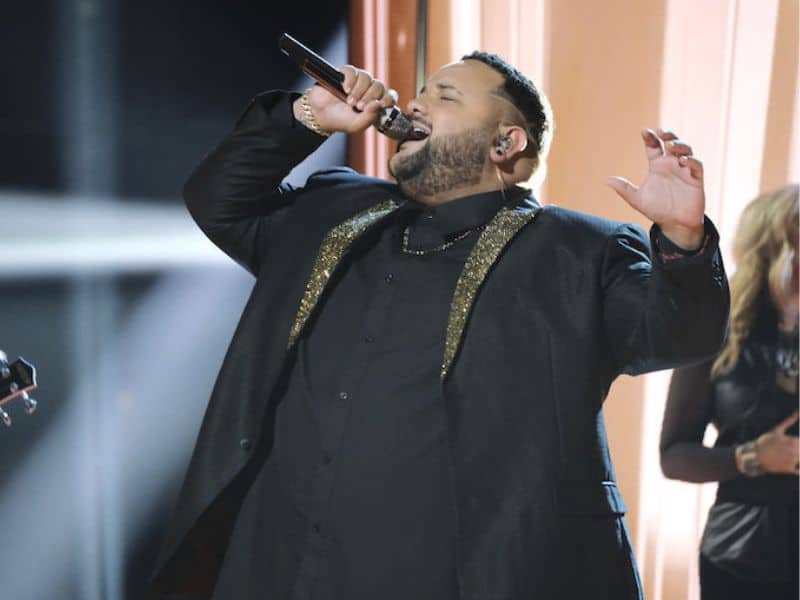 Jeremy Rosado, a finalist in “The Voice” competition, appeared on Kelly Clarkson’s show and shared with her about the goodness of God. His story inspired Kelly and brought her to tears.

Jeremy released his latest song under the Capitol Christian Music Group, which is in the Christian Gospel music industry. He told Kelly the story behind his song, “Believe You Will.”

The worship leader boldly proclaimed his love for Jesus on the show. He pointed to God’s faithfulness and goodness as the driving force that led him to where he is now.

Moreover, his latest song is his testimony of how God helped him to become a young parent. Jeremy, apparently, has a daughter who is also his niece. “I love my sister, but she’s had a struggle that’s never allowed her to be the mom she needed to be,” he explained. And this led him to hold onto God for hope. He would tell God, “I need you to show up. I need you to do what you promised you would do.”

And today, the Christian singer hopes to make more songs that will draw people to hope. He said, “I don’t wanna put out nothing but this kind of music that allows people to connect and be able to just draw from those complicated and hard situations, and pull hope out for them. And that’s it for me.”

In an interview with the Christian Post, Jeremy expressed his excitement with how God would lead him in the Christian music world. He said, “It’s been a decade since I started pursuing this career, so many years of ups and downs. So, to be here now feels unreal. I’m just so thankful to God; He has far surpassed anything I could think or imagine, and I can’t wait to see where He takes me on this journey!”

Listen to Jeremy’s new song below:

Jeremy Rosado Performs "Believe You Will" On The Kelly Clarkson Show