Jerusalem: The Most Controversial City in the World 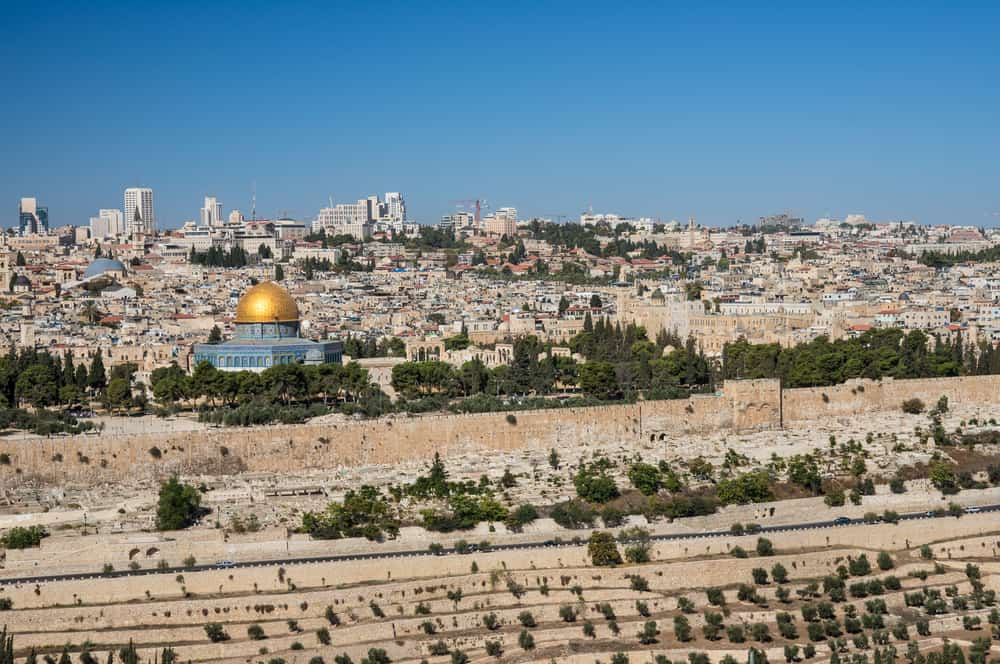 Jerusalem has been in the news once again with the opening of the US Embassy in the Israeli capital. GOD TV Regional Director for Israel, Ron Cantor considers why the city is such a focal point, loved by some and hated by others.

Jerusalem is the most controversial piece of real estate in the world, more specifically the Old City and Temple Mount. Despite the overwhelming evidence to the contrary it is unbelievable that UNESCO has decided that the Temple Mount has no connection with historic Israel. This is the furtherest thing from the truth.

Thankfully, President Trump has just moved the US embassy to Jerusalem, essentially confirming that the US recognizes Jerusalem (and not Tel Aviv) as Israel’s capital. Guatemala was quick to follow suite, however most embassies in Israel are still in Tel Aviv, against the wishes of the State of Israel. I know of no other country where her capita is not universally recognised by the international community.

But what does God think? God loves Jerusalem. The Psalmist laments in Psalm 137: “If I forget you, Jerusalem, may my right hand forget its skill. May my tongue cling to the roof of my mouth if I do not remember you, if I do not consider Jerusalem my highest joy.”

But the world hates the City of. We read in Zechariah that God is: “going to make Jerusalem a cup that sends all the surrounding peoples reeling. Judah will be besieged as well as Jerusalem. On that day, when all the nations of the earth are gathered against her, I will make Jerusalem an immovable rock for all the nations. All who try to move it will injure themselves.” (Zechariah 12:2-3)

Jerusalem will be a cup that sends the nations reeling. In other words, she will cause the nations to be confused. They will not be able to figure her out or know what to do with her. For instance, the nations will seek to erase her history as we see with UNESCO or take it over, as the UN wanted to do in 1948. And the imagery her is of a hernia, “all that try to move it will injure themselves.” Be careful, UN.

In the past 83 years, Jerusalem has been under the control of five entities. The Turkish, the British, and then the UN had control over her for a very brief time in 1947. They voted for Jerusalem to become an international city controlled by the UN. Shortly after that, the Jordanians seized control during the Israeli War for Independence. And then, in 1967, the Israelis captured Jerusalem when Jordan attacked her during the Six-Day War.

Since that time, she has been in Jewish hands. But the controversy surrounding her has remained and even increased. Now the Palestinians want control over Jerusalem and, more specifically, THE TEMPLE MOUNT. In fact, the Temple Mount is full of vocal and aggressive Hamas activists that harass Jews who want to visit. There truly is no real estate more controversial than Jerusalem’s Old City and the Temple Mount.

Why Jerusalem? It is a dot on the earth. It’s not much bigger than a shopping mall, and yet all the nations are going crazy over it. It is to this city that Yeshua will return. It is from this place that He will rule in the age to come. His throne will be here. There is more warfare over this little piece of land than any other in the world. Nations have fought over it for centuries.

According to Joseph Farar of World Net Daily, the Temple Mount is not even mentioned in the Koran. He says, “The Koran mentions Mecca hundreds of times. It mentions Medina countless times. It never mentions Jerusalem. With good reason. There is no historical evidence to suggest Mohammed ever visited the city.”

Of course this doesn’t matter to the Islamic world. What matters to them is that Jews must not control Jerusalem and they must be dealt with. In Zechariah 12:3 it says that all nations will gather against Jerusalem.

The closer we get to the coming of Yeshua, the more controversial this piece of real estate will become.

God is not impressed. The UN may claim Jerusalem is not Jewish, but they are mere ants in the eyes of God. They have no authority over  the city. Yes, God used them in 1947—during a momentary lapse in their anti-Semitic judgment—but they have no say over her future.

The closer we get to the coming of Yeshua, the more controversial this piece of real estate will become. In fact, the Bible says all nations will attack her leading up to the final attack on Jerusalem in Zechariah 14. But, as we know, the Lord will come and fight against them as He sets up His millennial kingdom.

“Then the Lord will go out and fight against those nations, as he fights on a day of battle. On that day his feet will stand on the Mount of Olives, east of Jerusalem.The Lord will be king over the whole earth. On that day there will be one Lord, and his name the only name.” (Zechariah 14:3-4, 9)