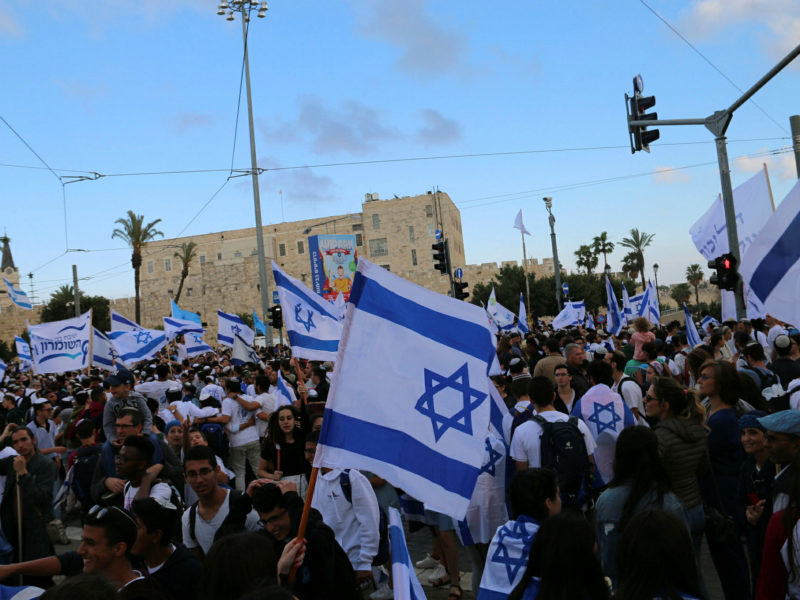 The negative migration from Jerusalem has been halted, there are almost five million overnight tourist stays a year, and the growth rate of hi-tech businesses in the capital is the highest in Israel, according to a new and positive report by the Jerusalem Institute for Policy Research (JIPR).

The leadership of the JIPR, including Chairman Dan Halpern, Director General Lior Schillat, and the team of researchers, presented the Statistical Yearbook for 2019 to Jerusalem Mayor Moshe Lion. The Statistical Yearbook presents an up-to-date picture of the city in a wide and diverse range of fields, as well as indicating trends of change that are underway.

“The data presented here are very impressive in each and every parameter: for the first time in a decade the negative migration in the capital has been halted, the high-tech industry is soaring, and the growth rate is one of the highest in the country,” Lion stated.

“I want everyone to internalize the fact that Jerusalem is Israel’s leader in every sense of the word. This is only the tip of the iceberg, and I will continue to lead Jerusalem to its highest heights,” the mayor, who assumed office only a months ago from Nir Barkat, stated.

Other good news included that fact that the city has seen the largest number of new construction projects since 2015.

The number of active businesses in high-tech increased by 34 percent, the highest figure in Israel. In comparison, Tel Aviv’s growth rate is 27 percent.

The rate of business survival in the hi-tech industry in Jerusalem is higher than in Israel as a whole, 62 percent compared with 50 percent nationwide.

This news comes just days before Israel will celebrate the 52nd anniversary of the unification of Jerusalem during the 1967 Six Day War.

For just $100 per month you can bring the gospel to 10,000 homes. Join us as media missionaries! GIVE NOW
VIEW COMMENTS
« Bethel’s Steffany Gretzinger Reveals The Story Behind Her Second Solo Album, ‘Blackout’ 7 Reasons Why Israel Is Headed For New Elections »